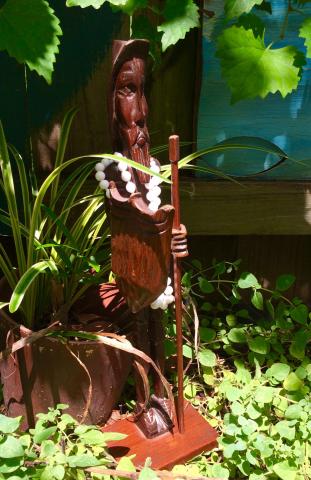 Tilt at the Windmills, Stop the Stigma

Stephanie Lormand
Share This
Add your voice to the comments

I have ADHD. Undiagnosed (and un-medicated) until my mid-twenties, I had a well-developed arsenal of coping mechanisms that did a decent job of getting me through. A few weeks into January of 2001, not even a month after I finally graduated from college, we learned that my father had Acute Myelogenous Leukemia. He died a few months later on March 11. My depression mystified everyone—I don’t suffer from sad feelings as much as I find myself filled with an overflowing, unrelenting rage; a habit that would return after the birth of each of my two children.

When I changed jobs from a retail environment to the statistics department of a local, contract research organization, it wasn’t long before careless mistakes put my employment at risk. I was also helping my mother compile evidence for her Survivor’s Benefit claim against the Veteran’s Administration. I had gotten married, and we were trying to buy a house. Coping mechanisms have a maximum weight load, and mine cracked right in half under the strain.

Luckily, that job that I loved but was in risk of losing came with both great mental health coverage, and professionals. Mental health professionals that took my symptoms and family history, and came back with a diagnosis of bipolar disorder. The curious thing—what I know now—about ADHD and concomitant depression is that it can resemble the cycling of mania and depression.

Collectively, American society is like a mean librarian that whisper-yells, “shush” at the slightest noise from mental health/psychiatric disorder community. We are uncomfortable when presented with the realities of un-medicated mental illness: on unwashed bodies talking to themselves on street corners, on the horrifying violence as it slashes through innocent people during a psychotic break, on the disgust we feel for addicts that just “can’t get it together” even as the addicted struggle to combat their brain’s chemical imbalance with the chemical influence of their drug of choice.

Me? I grabbed my diagnosis and a sword, began racing full-tilt at the windmill of mental illness stigma. I planned to change the way the world felt about the mentally ill, starting first with my co-workers.

A few things: successful medication—type and dose—of mental illness/psychiatric disorders is a crapshoot. My intent was to make myself the face of an intelligent person functioning well with a mental illness. My reality was a series of anti-psychotics that made me the flavor of tired I would not feel again until the first trimester of pregnancy, or—and this was fun—caused severe aphasia. To know me in real life is to understand how traumatic it was for me to lose the ability to find words.

At the end of a full year, the doctor changed my diagnosis from bipolar disorder to ADHD, which felt like going from lung cancer to a cold. ADHD? Pfft, have some Ritalin, no biggie. It is not, of course, as simple as that in the long-term, but it felt like it in the moment.

For a little over 365 days, living with a mental illness diagnosis effectively shifted me away from being a person with natural emotions to a person on the Verge of Something. I watched the people close to me examine my every mistake, impulsive act, or moments of sadness, cataloguing them as either manic or depressive episodes. And I remember it all from under the haze of anti-psychotics that, even for those with accurate diagnoses, have a series of unfortunate side effects to suffer through before either finding the right balance, or moving to the next option.

I’m relieved to have avoided spending my entire life under that microscope. But relief cannot erase my memories of how the reduction from human to a stigma felt. I will always understand that a brain deficient in specific chemical pathways can cause people to do horrible—and wonderful—things. The spark of a person’s humanity is greater than the sum total of their disability. Even—especially—those for whom medication has failed, who now suffer from society’s negligent reduction of in-patient mental health facilities in favor or increased prisons.

The words used to describe, categorize, and stigmatize. I will continue tilting at these windmills until the collective realizes that Stopping the Stigma is not a mission of the fool, but of the humane.