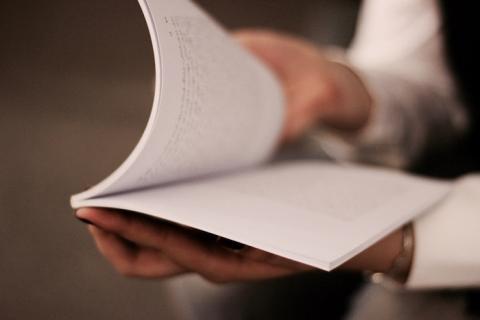 Shown: Hands leafing through a notebook. Photo by Andisheh A on Unsplash

This is WHY Science Belongs in Politics and Gun Violence Research 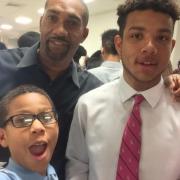 Alton Lucas
Share This
Add your voice to the comments

Editor's note: On April 14, 2018, Bronwyn Lucas, a passionate MomsRising North Carolina volunteer, spoke at the Raleigh March for Science. We want to thank her for speaking so boldly and passionately about her experience. 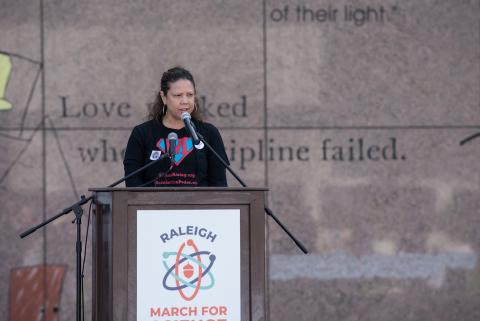 Hello everybody! Thank you all for gathering here today to celebrate the importance of science in all aspects of our country’s politics and policies. It’s more important than ever to make sure that we value science and research as we make decisions that will affect our lives and the well-being of our children for generations to come. My name is Bronwyn Lucas, and I’m here to talk about a major public health issue that has dominated the news for far too long -- our country’s gun violence epidemic.

No matter how many lawmakers deny it, research consistently shows that gun violence is in-fact a public health problem. More than 36,000 people, including 7,000 children, die every year because of guns. Right here, in NC, In 2016 1,400 people died from guns. Gun deaths in NC haven risen significantly faster than the state’s population!  Common sense, science-based solutions are out there, but it has been impossible to implement them due to a gun lobby that invests millions to impede and muddy the policy debate. They repeat that “the only thing that stops a bad guy with a gun is a good guy with a gun,” but that couldn’t be further from the truth. Scientific research has shown again and again that the presence of guns -- in our homes, our churches, our schools -- makes it much more likely that shootings will occur.

My family knows this first hand -- my husband lost his father to gun violence before he was even born. His mom was 8 months pregnant when a bullet violently struck his father and killed him.  A few years ago, my 23-year-old nephew was shot and killed while attending an off-campus homecoming party. A mundane disagreement turned deadly because someone at that party had a gun. If that man did not have a firearm, my nephew would still be alive. Instead, our family had to endure another tragedy because of gun violence. Now his daughter is growing up without a father, just like my husband has done. Both gun death’s happened in Durham.

Gun violence is the third-leading cause of death for children in the United States, and the most common cause of death for young men ages 15 to 19. In 2016, according to the Centers for Disease Control and Prevention (CDC), firearms killed more teenagers than cancer, heart disease, and diabetes combined. Last year, Johns Hopkins University found that the annual medical cost for victims of gun violence is an average of $2.8 billion in the emergency room and in-patient charges alone. 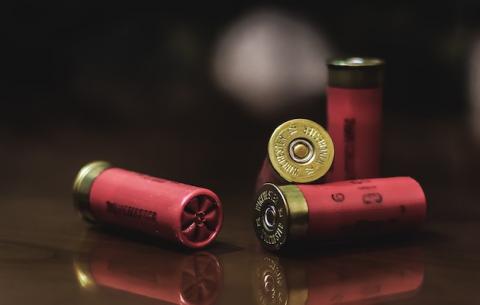 Despite all the evidence that gun violence is a major public health issue for our country, the CDC’s National Center for Injury Prevention and Control has been essentially banned from performing research on the public health implications of gun violence. In 1996, Congress added the Dickey Amendment to an omnibus appropriations bill, asserting that funds for this center could not be used to advocate or promote gun control. With this move and corresponding budget cuts, Congress and the gun lobby effectively silenced the scientists at the CDC who could provide us with the hard data we need to support policies that would keep our families safe from firearms. I can’t overemphasize the importance of research as it relates to gun violence. We need more facts, more data to be able to design effective public health solutions. The gun industry and lobbyists know this, which is why they have essentially halted all CDC research on gun violence.  On a positive note, just this past Monday, Kaiser Permanente announced that it will begin studying gun violence by investing $2 million in research that will involve doctors and other professionals across its hospitals and centers nationwide. There was another major positive movement this past week in the fight against gun violence. Just 4 days ago, Bank of America announced that it will stop lending money to manufacturers of assault-style weapons for civilian use, such as the AR-15-style rifles that have been used in multiple mass shootings.

Despite the industry’s unyielding stance on this issue and the strength of the gun lobby, I’m hopeful that we are finally on the cusp of change. I’m the co-founder of Youth Empowered Solutions, a nonprofit that mobilizes high school students organize around public health issues and advocates for policy changes. For years, I’ve seen these youth-led movements have a great impact in their communities, but they don’t often lead to mainstream national discussions -- until now. We have all witnessed the students of Marjory Stoneman Douglas High School in Parkland Florida emerge from tragedy to become powerful advocates for the sensible gun reforms that could have saved the lives of their classmates and teachers. As students across the country respond to their rallying cry for gun safety, we’re seeing a new generation of activists full of energy, ideas, and confidence that they can make a difference, and I absolutely believe they can  -- as young people have been on the forefront of almost every social justice movement throughout history. These students’ clear-eyed assessment of the changes we need absolutely must be matched by science-based research.

It’s time to bring science back into our politics. It’s time for our legislators to value the opinions of experts over campaign donations from gun lobbyists. This movement is growing louder and more influential every day. If we follow the students’ lead, real change will happen.