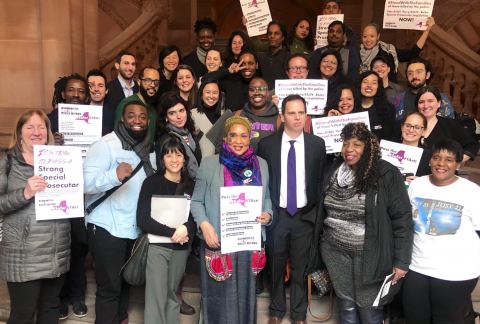 Communities United for Police Reform have already lead two advocacy days at the New York State Capitol in Albany this year around police accountability and community safety! MomsRising was honored to walk side by side advocates, mothers, family members of fallen victims of police brutality, and other organizational allies down the hallways of the Capitol to meet with legislators to present what CPR calls the, #SaferNYAct. “I stand here in solidarity with family members whose loved ones have been killed by the NYPD, asking legislators to please stand with us and support the Safer NY Act so that our officers can be held accountable for their actions,” Gwen Carr, mother of Eric Garner and Mrs. Bah, mother of Mohammed Bah, pictured speaking.

The Safer New York Act is a package is bills designed to increase police accountability and transparency throughout the state of New York:

This legislation would require police departments across the state to record & report demographic and geographic data on deaths and killings occurring during law enforcement activity as well as enforcement of low-level offenses (including violations and misdemeanors.) to improve transparency and help address aggressive and selective police enforcement disproportionately impacting people of color, young people, immigrant communities, LGBT people, women and people who are homeless. (Endorsed in concept by President Obama’s Task Force on 21st Century Policing.)

Executive Order 147.Pass legislation that provides the Attorney General’s office with jurisdiction in all cases of police killings and deaths in police custody, memorializing and strengthening EO147. The bill, if enacted, would help to ensure fair and thorough investigations and – when warranted – effective prosecutions in tragic incidents that the criminal justice system has historically failed to address. It would help to aid New York families in securing justice for the deaths of their loved ones at the hands of police or in police custody, and advance police accountability and equal justice.

NYS CRL 50-a is a state statute that carves out special and unecessary exemptions for police, fire and corrections. NYS is arguably the worst in the nation in terms of hiding police misconduct and discipline due to the application and expansion of 50-a in recent years. 50-a is routinely used to shield abusive officers and failed police disciplinary processes from public view. A repeal of 50-a would provide much needed transparency on police misconduct and discipline in New York State, and help address the systemic lack of accountability for officers who engage in misconduct. Other existing FOIL statutes will continue to protect individual officer privacy once 50-a is repealed. 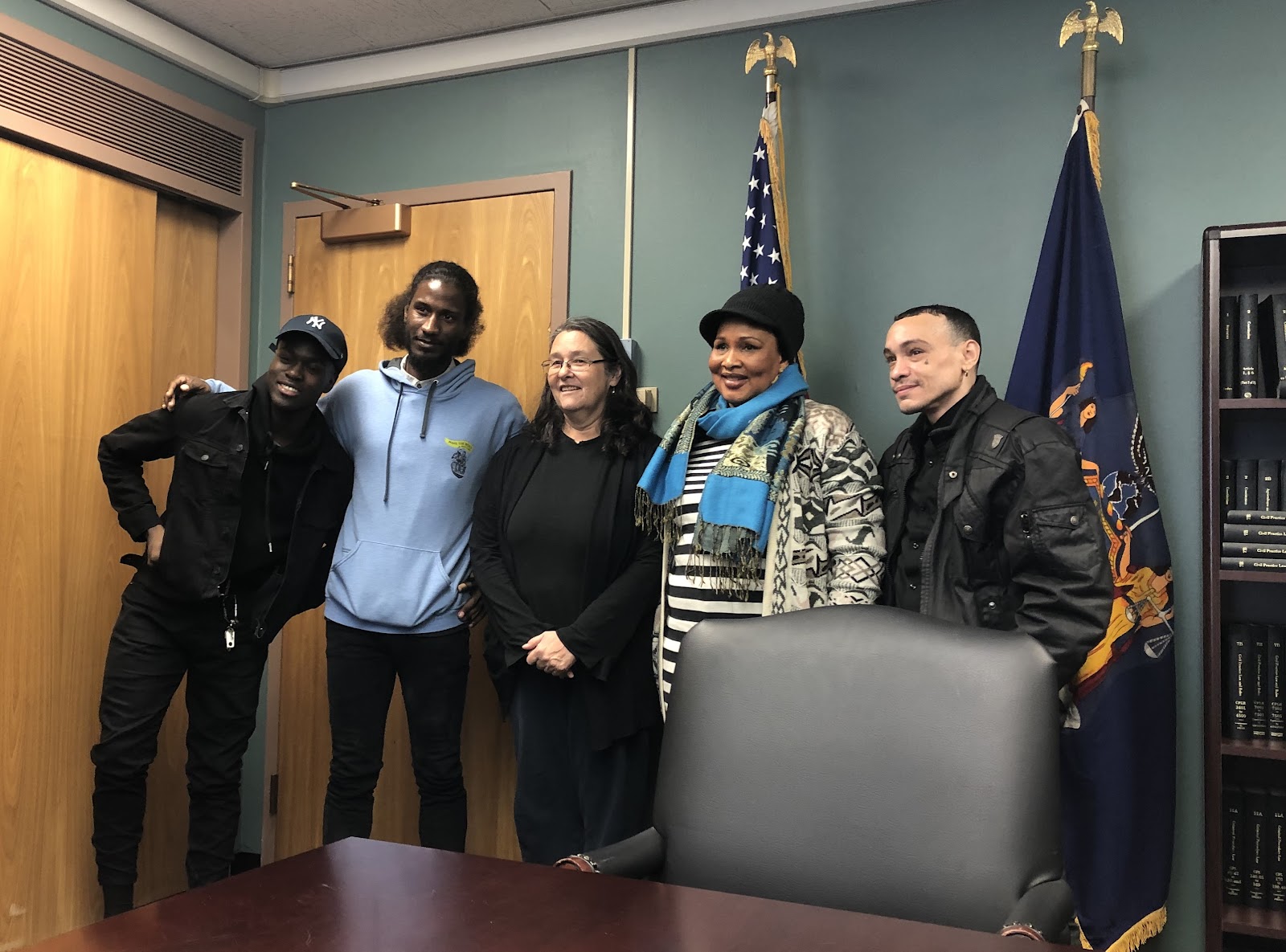 Pass legislation that ends harmful and needless arrests for low-level, ticketable offenses. These arrests can carry significant social & public costs to taxpayers, and can jeopardize employment opportunities, immigration status, and access to health, housing, and other programs for those subjected to these unnecessary arrests. By making the law enforcement action commensurate with the offense, this legislation can help reduce financial resources spent on minor infractions, and increase resources available for meaningful safety measures for all New Yorkers.

Pass comprehensive legislation that will remove marijuana from consideration under the Controlled Substances Act, and will authorize the personal use and cultivation of marijuana. Marijuana prohibition has failed in its stated goal of stopping or curbing marijuana use across New York State. Instead, the enforcement of marijuana statutes has been used to target and criminalize communities of color. The Marijuana Regulation and Taxation Act (MRTA) will help address the discriminatory enforcement of marijuana prohibition statutes. 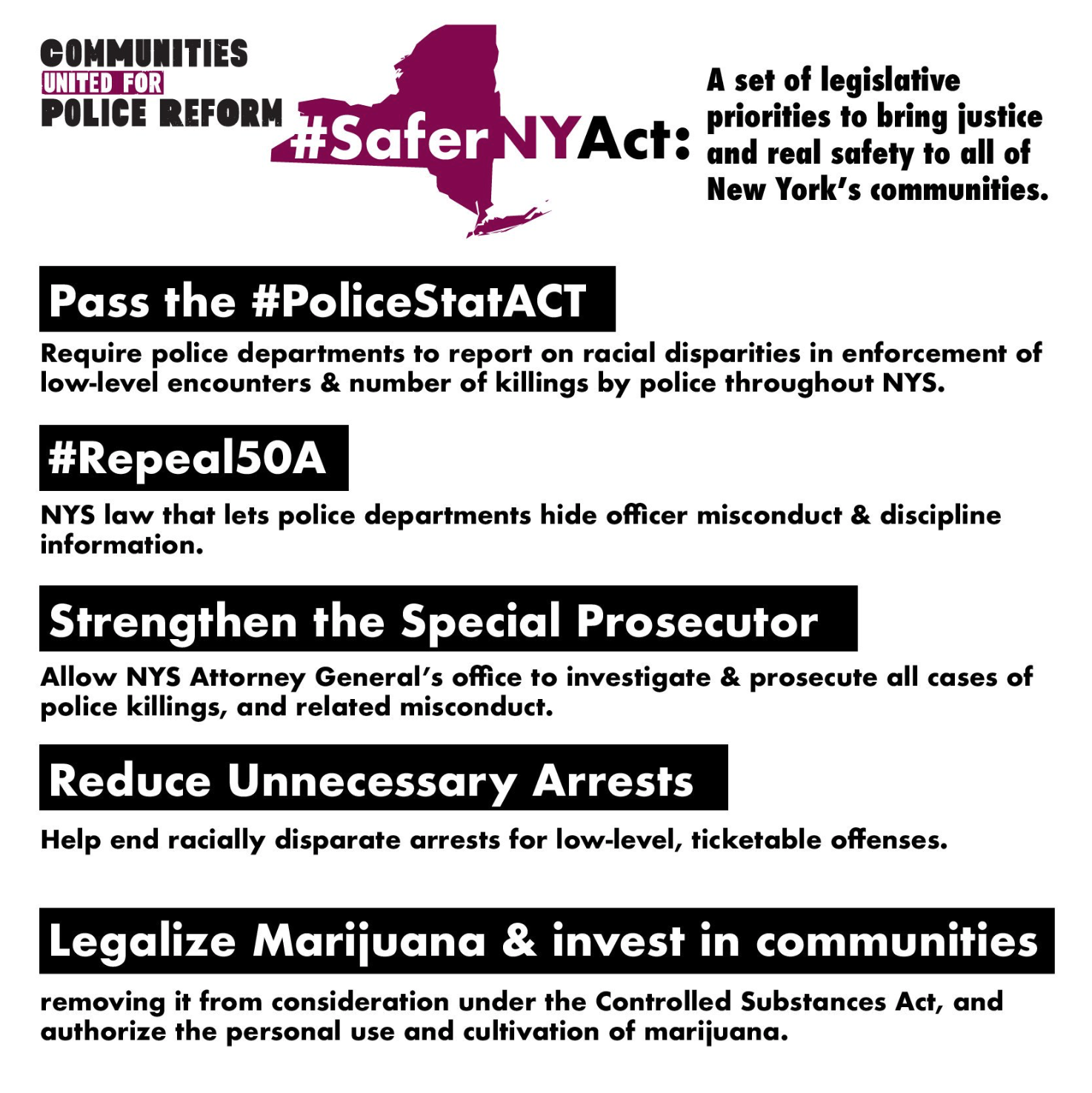 Join us on April 9th for another #SaferNYAct Advocacy Day in Albany, NY!