The youngest in our community say yes to immigration reform 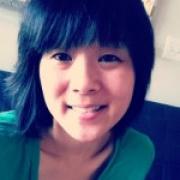 Yoo Jane
Share This
Add your voice to the comments

For the first time in many years, we have an opportunity to pass common sense immigration reform legislation. Last week, S. 744, the Border Security, Economic Opportunity and Immigration Modernization Act, passed from the Senate Judiciary Committee in a bipartisan 13-5 vote.

As the bill heads to the full Senate for more debates and a floor vote, Asian American and Pacific Islander (AAPI) families are organizing a day of action to make sure Congress passes a strong comprehensive immigration reform bill that preserves the family visa program. The action, "Stand With Families: National AAPI Day of Action for Immigration Reform" will bring hundreds of families, including a handful of some of the youngest members of our community who all have something to say to members of Congress when it comes to immigration reform.

The following blurbs are from just a few of these youngest participants who in their own words shared why it was important for them to come to Washington, D.C.:

Pictured all the way to left: Min Yoon and Jin Yoon

My name is Jin Yoon and I am a 14-year-old 8th grader from Torrance, CA. This immigration event in DC is important because I know many people who are immigrants themselves. With this event I hope that immigrants will be able to live just as normally and safely as other citizens. Immigration is important to me personally because I have known multiple people who were immigrants themselves. My own friend during elementary school was an undocumented immigrant. It is for people like her that I hope immigration reform will be passed quickly. This is not the first immigration event that I have attended; I traveled to Arizona several years ago in a tour bus along with dozens of others to attend an immigration march in 100-degree weather and I also went to DC even before then to drum in the streets with my drumming troupe to rally for immigration reform along with 50,000 others. I am hoping that this event will reunite Asian American families who have been separated due to immigration problems. Living in America should not be such a challenge. I also believe that children, teenagers, and young adults are the main group of people who will be able to change our government. The children of today will one day become the senator, governor, or even president of tomorrow. Children make the biggest difference; they may not have the loudest voice, but they have the most powerful. To the members of Congress, I would like to say that immigration is not an issue that should be treated step-by-step. Everyday, thousands of innocent people are dragged out of their homes into countries which they have probably never stepped foot in for decades. Immigration needs to be corrected now, and it is with your support that it will be possible.

My name is Min Yoon, a 6th grader from Torrance, California. Right now, immigration reform is a growing issue in America. This event in DC is a huge step to express our concern about this issue. I don't think it really matters what age, gender, or race you are, but as long as you're trying to seek for a better society, it shouldn't matter. As a young student with immigrants as parents, I once tried to get people to sign a petition to let an undocumented family stay in this country. Especially for the two undocumented students, this was the only place they've lived their entire lives, but were about to be forced to leave, just because they were born somewhere else. It's a bit scary if you think about it. If you don't think so, then picture yourself living in exile, hoping that nobody recognizes you, feeling like a nobody, just because some people thought you were....... different? Even some of my own friends experience this. We need a permanent solution to help not only the DREAMers, but all the immigrants to have the opportunity to fully contribute to our country. When I think about this country, I think about all the immigrants who have to go through many hardships. I want to at least think of my own country as a country that's been through a number of hardships, but flourished in the end by passing the immigration reform.

My name is Lucy Kim and I am 12 years old from Los Angeles, California. I am going to Washington, DC in June to protest for Immigration reform because Congress is doing some things that I don’t like! It is a bad idea to take away invitations (her word for family petitions) because that’s basically cutting off your family, in a sense. Without them, it will be hard to get to see your family in another country because it’s hard to visit far away places. For example, my favorite cousin lives in Korea, but I’ve only seen him once in my life. But he’s still my favorite! Communicating by electronic devices just isn’t the same. Taking away invitations is wrong, because it’s a right that we Americans have had for a long time. Children can definitely make a difference in the world. Even if children aren’t as old as adults, they can still trigger a movement that changes the world. It’s not only adults! If I met a Congressman or woman I would tell them that what they are doing isn’t right. It’s not fair to countless Americans with loved ones in other countries.

AAPIs have been deeply impacted by our nation's broken immigration system; one in seven Korean Americans are undocumented and they fear separation from their families through deportation. There are many who work in low-wage jobs; young people are unsure of their futures and tens of thousands are caught in the immigration backlogs waiting years to reunite with their loved ones. But as the AAPI community's voices gets louder and stronger through many years of organizing and building electoral presence, they are coming out in full force because they understand that now more than ever their voices and participation is needed to ensure that immigration reform happens this year. We are hopeful this will happen and we have some of the boldest advocates, the youngest in our community, helping to lead the way with our courageous immigrant leaders.

The Stand With Families: National AAPI Day of Action for Immigration Reform on June 5th is being sponsored by: