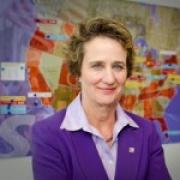 Mary Kay Henry
Share This
Add your voice to the comments

Fifteen months and 17 days. That’s how long it takes most women to earn what the average man makes in one calendar year. Seventy-seven cents to the dollar. That’s what women, on average, earn compared with men.

Women stand by their male counterparts in corporate boardrooms, in operating rooms, and on assembly lines. They have made great strides in the workplace over the last half century, but in far too many instances, they still don’t receive equal pay for equal work–even when they are in the same occupation and have the same level of education and years of experience as their male peers.

Today, women’s groups and their allies will observe Equal Pay Day—the day when women’s average wages finally catch up to what men earned the previous year. Those of us who work to make sure all workers can earn decent wages stand with them. We know that when businesses fail to compensate women equally, it hurts us all.

Whether they are single, married or raising children on their own, women’s paychecks matter. When women don’t receive equal compensation for equal work, it means they have less disposable income and therefore contribute less to the nation’s consumer-driven economic engine. Unequal pay makes for less robust families because it robs women of the resources they need to meet basic needs like putting food on the table or clothes on their children’s backs. It makes it more difficult for them and their families to put income aside for a rainy day or, if they’re lucky, for their children’s college education. Unequal pay denies women the same level of economic security in retirement as men because they have less money to save and smaller lifetime contributions to Social Security.

And while ordinary working women and their families make due or juggle to make ends meet and get ahead, the rich are doing just fine. The nation’s wealth is increasingly being concentrated at the top while ordinary working families’ incomes are eroding. This gross dichotomy is not happenstance. Our public policies have played a role by, among other things, reducing tax rates for the rich. We are returning to the gilded era in which the economic spoils go to the few. But just as lawmakers have put in place policies that have helped concentrate wealth, they can reverse the tide and make our tax system fairer. They can also strengthen education and workforce development policies that give more people opportunity to advance. And they can create a culture that makes businesses want to live up to the Equal Pay Act passed two generations ago.

Equal pay for equal work is a simple principle that should not be subject to debate or political ideology, especially in this age of growing income inequality and when the livelihood of so many of our nation’s families depends on women’s ability to access good jobs and earn decent wages. Today as we observe Equal Pay Day, we also know there’s irony in that phrase. That it takes a woman nearly 16 months to earn what the average man earns in 12 is not equality. It’s an affront to hardworking women and an indictment of those businesses that don’t make ensuring fair pay an integral part of their practice.

Three years ago, President Obama signed the Lilly Ledbetter Fair Pay Act, which gives workers more recourse if they’ve face pay discrimination. Protections under this meaningful law are essential, but to make real progress in closing the gender wage gap, employers have to proactively step up to the plate and make sure that regardless of gender or race, they fairly compensate their employees.