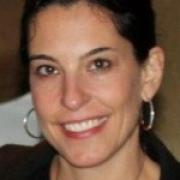 Allison Lefrak
Share This
Add your voice to the comments

Two weeks after the shooting at Sandy Hook elementary school, I am struggling to determine the reasons why my feelings about it are still so raw. There is no other national tragedy that has affected me so deeply. After the horror of 9/11, when I lost a college classmate who was working in the Twin Towers, I mourned for him and his family and for all of the other families who lost loved ones that terrible day. But two weeks later, I was sucked back into the minutiae of my own life. I was still deeply saddened, but I was done crying.

These past two weeks have been very different. My sadness has not abated with each passing day. I have been unable to return to my nightly ritual of reading before bed. I just cannot focus on the words. I keep the radio off in the car on the way to work. I want only silence these past two weeks. But most astonishing to me is the tears. Not quiet tears that can be dabbed away with a tissue, but heavy sobbing where I cannot catch my breath and I do not know how to stop. I have cried to my husband. I have cried to a co-worker. I have cried to various family members and friends. And I have cried alone.

Why all the tears two weeks later for children who I never knew from families I will likely never meet? The most obvious explanation is that I have a son who is almost the same age as the twenty children who were killed. I cannot begin to fathom the depth of sorrow I would feel if this had happened to him – my baby who I carried for nine months, my first-born, my only son. The thought of losing him in such a horrible way, of him being scared moments before his death, of not being able to see him grow into a young man – these are the thoughts that bring me to tears.

There is also the fear. Fear that this could have easily happened in my own town, at my kids’ school. Our school has a security guard stationed out front at all times. But this would not have stopped Adam Lanza. He would have killed the guard and entered the school and committed the massacre at our school, just like he did at Sandy Hook.

But there is something more than sadness and fear. Something that did not exist for me with 9/11. Guilt. I feel guilty that I still have my three children. I get to hug them and kiss them and read to them. I get to cuddle them and tuck them in at night. I get to see my son become bored of dinosaurs and move on to Superheroes. I get to watch him learn to read and do math and memorize state capitals. I get to see him make his baby sister laugh with his funny faces and his other sister cry by taking her toy. I get to teach him to apologize and to think about his words before he speaks. I get to watch him ride his bike without training wheels and ponder what he will be for Halloween. I get to hear him explain new concepts and use new words he’s picked up on from me and my husband. Just last night, I listened as he explained to me with pure joy in his eyes how awesome the Star Wars version of Angry Birds is because it’s “basically” the same game but the birds are dressed up like Star Wars heroes and the pigs are dressed up like Star Wars bad guys. It made me laugh to hear my five-year-old say the word “basically” – a word I routinely overuse. And moments later, it made me cry - in the kitchen alone, quietly so he and his sisters could not hear me. Tears of guilt because my son is alive and those twenty children are not.

I have been fixated on the practical details the families are facing and I feel crushed under the weight of them – the Christmas presents that were already purchased and will never be opened, the coats in the closet and the shoes by the door that will never be worn again. Should these items be saved for a younger sibling or will the sight of them send you back into a deep state of despair? The art work on the refrigerator, the Cars tooth brush by the sink still crusty with last night’s tooth paste. The SpongeBob Chia pet you gave him for Chanukah that is finally sprouting thanks to his careful watering, but he will never get to see it. These are the things that I have been thinking about in the middle of the night, riding on the subway or driving in my car, and during the holidays at home surrounded by family listening to my own kids’ laughter. I think about the children, the parents, the siblings, the grandparents, the best friends and all the others who were directly and forever affected by the tragedy – unlike me. For all of them, two weeks later, my heart still aches and the tears still fall.