The State of the States is...Masculine: Women Urgently Needed in State Legislatures! 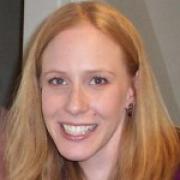 Miriam Feffer
Share This
Add your voice to the comments

With presidential primaries in full swing, each state stands to enjoy a moment in the spotlight.  As riveting as the recent political theatrics have been, the campaign season also underscores just how many important decisions are made at the state level.  From education to health care to workplace policy to environmental protection (our main focus at Rachel's Network), issues affecting women like us are determined within state lines.

With all that's at stake in each state, you may be startled to learn that most legislatures remain boys' clubs, with women so severely underrepresented that the political process suffers.  (No need to single anyone out, but let's just say that at 9%, South Carolina is a great place to be when you can't wait long for the ladies' room!)

Guest blogger Laurie Kretchmar, media director for The 2012 Project, delivers an impassioned plea for women to seize the opportunities open in this year's election below.  Read the original post via Care2 here, and heed her call to consider running for state office.  There's still time to jump into a race...and there's clearly still a deep need for informed, engaged, experienced women (why not you?) to shape the policies that affect your family every day.

Too Few Women Serve in State Legislatures -- Think About Running

Not one state – not California, not New York – has women serving in half the seats in its state legislature. California’s is 28 percent, while New York’s is only 21 percent. South Carolina trails the nation at 9 percent.

Women are best represented in Colorado where they hold 41 percent of seats. Does the presence of women make a difference? Research says it does. Women tend to bring different agendas, content and processes. As The White House Project memorably says, “Add women; change everything.”

I asked Karen Middleton, president of Emerge America, a Democratic training organization, about serving as a state legislator in Colorado.

“I saw strong bipartisan support for some key issues affecting women and children,” Middleton said. “Laws around veterans’ families, domestic violence, cancer screening — we did great work in these areas. Women on both sides of the aisle led the way on important legislation, such as re-purposing coal plants with natural gas turbines–a new law that helped the environment and kept energy-related jobs in the state.”

Patricia Lindner, a Republican who served in the Illinois legislature, said, “Women are more willing to cut the partisan bickering and work with all sides to accomplish goals.”

To inspire more women to consider politics, the nonpartisan 2012 Project, where I work as media director, is working with dozens of allies including The White House Project, Emerge America and Rachel’s Network. The goal is to educate people about the low numbers of women in office today and ask accomplished women to consider running for state legislatures and Congress.

As USA Today reports, this year is a potentially record year for electing women – if women run. There are open seats in state legislatures and Congress due to redistricting in every state, 13 states with term limits and an expected presidential election year turnout.

Women and newcomers do best running for open seats. Of the 24 new women elected to Congress in 1992, known as the Year of the Woman, 22 won open seats. There is vast room for improvement. In 20 states today, zero women serve in congressional delegations.