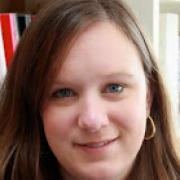 Katie Hamm
Share This
Add your voice to the comments

Today, the White House Council of Economic Advisors released a paper on work and the cost of child care. This is yet another example of the Trump Administration white-washing its record on supporting families’ access to affordable child care.

During the 2016 presidential election, then candidate Trump promised to make child care more affordable and outlined a proposal estimated to cost $500 billion over ten years. Although the proposal itself was misguided in that it targeted most of the resources to higher income families and would not benefit the people who voted Trump into office, the scope of the proposal was significant for a Republican presidential candidate.

Since the campaign, however, the Trump Administration failed to make good on that promise. This report is yet another example from the Administration embraces showmanship on family-friendly policies that are popular with the American electorate, but have made no headway in making quality, affordable child care available to all families.

The Trump Administration advocated for an increased the Child Tax Credit in the 2017 tax bill. Once again, the Trump Administration and Congressional allies prioritized the needs of wealthy families. The value of the Child Tax Credit increased from $1,000 to $2,000 per child, but lower income families cannot claim the full value. According to the Center on Budget and Policy Priorities, a single mother with two children earning the minimum wage receives a $75 boost from the tax law, whereas a married couple earning $400,000 with two children receives $4,000. In total, 11 million children receive a benefit of less than $75 from this law.

The CEA’s report suggests that the path to making child care affordable is asking parents to sacrifice health and safety for their children. The truth is, having standards for child care helps parents go to work knowing their children are safe and with trained early childhood providers who support their development. To really make child care affordable for parents and safe for children, policymakers should invest more so that all families can access quality programs.

Tomorrow, Senator Patty Murray (D-WA) and Representative Bobby Scott (D-VA) will re-introduce the Child Care for Working Families Act. This bill, if enacted, would make quality, affordable child care available to all families by subsidizing costs for low-income and middle class families. No family would pay more than 7 percent of their income toward child care and the bill guarantees a living wage for early educators, who currently make just $10 per hour, on average. Moreover, the bill makes child care available when and where parents need it, ensuring that parents are able to choose from a variety of high-quality options. If the Trump Administration truly cared about helping families afford child care, it would help pass this bill with bipartisan support.