The Politics of Splitting Pills 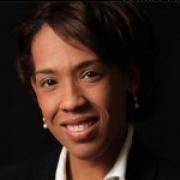 Angelique Roche
Share This
Add your voice to the comments

Emergency Rooms and Lack of insurance create a cycle of poverty for the poorest Americans and disparately African Americans.

Last week, when former U.S. Senator and current President of the Heritage Foundation, Jim DeMint, confidently stood in front of crowds of Americans touting the benefits and quality of emergency room care as a viable option for uninsured Americans, every single women, mother and child should have stood up in opposition.  Emergency room care in the absence of health insurance and regular, routine healthcare is not only inadequate but also dangerously costly for millions of American families.  When the average cost of an emergency room visit is more than an average month’s rent, the proposition that Americans “will get better health care just going to the emergency room” is nothing more than an outrageously uneducated defense for de-funding Obamacare that is particularly harmful to African Americans.

Although people of color represent one-third of the total U.S. population they account for more than 50 percent of uninsured  Americans, making African Americans more likely to be forced to go to emergency rooms as a primary source of healthcare.  This is complicated by low-incomes and a lower likelihood of people of color to have health coverage through an employer due to higher rates of unemployment.  Even when employed, a higher percentage of people of color work low-wage jobs, which are less likely to offer adequate coverage; if they offer coverage at all.  When you look at the specifics of employment it is even more alarming.  In July 2013, the unemployment rate of African Americans was almost double the national average (7.6 %) at 15%.  This employment disparity is unlikely to shift in the near future and without adequate healthcare options, serve as a leading factor in a cycle of poverty and tough choices for many African American families when considering healthcare.

Unsurprisingly, African Americans are also dying of preventable diseases at increasingly higher rates. African Americans are more likely to die of cancer, suffer higher rates of high blood pressure leading to lethal heart attacks and strokes - the highest in the world among racial or ethnic groups - and are twice as likely to suffer from diabetes and diabetes related illnesses. Even more frightening, women of color are more likely to die from one of the top 10 cancers among women, gynecologic, largely due to the lack of preventive care and cancer screenings.

The proposition that emergency rooms provide adequate care also omits the cost of prescription drugs covered by health insurance.  African Americans more than any other group are struggling to pay for necessary prescription drugs.  In addition, African Americans are also more likely to file for bankruptcy due to medical bills - the leading cause of bankruptcy in this county.  In a recent poll by NPR, 24% of African Americans say they are currently having problems paying for necessary medications.  As a result, higher rates of African Americans are skipping treatments or leaving illnesses untreated all together.  In some cases individuals are forced to take their health in their hands because they simply cannot afford daily costs of grocery, food, gas, electricity and prescriptions.

If only there was a law to that would create more affordable health insurance options for all Americans, especially low-income and unemployed people of color that have previously been forced to rely on America’s emergency rooms!  A law that would allow Americans to receive free preventive care, that would require insurance companies to cover women’s wellness exams to detect things like cervical cancer, that would assist prescription drug costs and protect Americans from discrimination based on pre-existing conditions like hypertension or cancer.  If only…

Fortunately there is! In 2010 Congress passed the Patient Protection and Affordable Care Act, (aka Obamacare) that would do all of those things and more. This summer, many responsible Members of Congress from both parties, have been working diligently to educate their constituents about new, affordable, comprehensive healthcare options available starting October 1st as a result of Obamacare.  This coverage will help lower the risk of bankruptcy due to healthcare costs and improve much needed access to regular medical care, including 6.8 million uninsured African Americans.

Not only are opponents of Obamacare recommending the Emergency Room as a viable alternative to comprehensive health insurance, some are threatening to hold the entire government hostage rather than continue to fund critical elements of the Affordable Care Act. Our health is not something to play politics with - it is something essential to the economic stability and security of all Americans. Threatening to shutdown the government in an attempt to de-fund Obamacare, promotes a perpetual cycle of poverty encased by high medical costs and inadequate healthcare.  Forcing families to make tough choices between feeding their families or paying for necessary medical costs is not moving our country forward.  President Obama said it best: this is not a game, “these are people's lives and the health of millions of families.”

Not only does health equity demand that we fight efforts to de-fund Obamacare, it also calls on all of us to educate ourselves and our communities about the new health coverage options available beginning October 1, 2013.  Thousands of MomsRising members have already committed to learn more about how healthcare reform affects their families and their communities. Want to learn more about how you can be more involved, learn more about the healthcare law, how it has already started benefiting Americans, and ways to educate your community? Then join MomsRising's Wellness Wonder Team at www.momsrising.org/wellnesswonder.