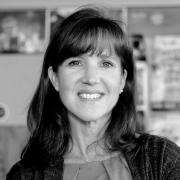 Kristiana Lockman
Share This
Add your voice to the comments

Earlier this year, the Women's Funding Alliance released an interesting little report called The Status of Women in Washington. Now before you bounce off because a) you've already used up your quota of "you go girl" fist bumps today, or b) you believe the gender gap is a bunch of hooey, hang with me for a moment.

Holy cow, right? The gender gap has been quantified and guess what? It's an $11.2 BILLION dollar gap. That's not hooey. That's crazy.

But wait. Perhaps the craziest statistic of all is this one:

Mothers in our state make $.67 compared to the $1 earned by fathers.

This. Blows. My. Mind. After all, who works smarter, more efficiently, and with more motivation than a mom? Don't more moms have a bachelors or higher college degree, vote, and hold more political seats than ever before? Aren't we running profitable small businesses or providing incredible leadership at others, some of them Fortune 500 companies? And doing all of this WHILE providing the support and security our children need to show up at school ready to learn, and ready to become the next generation of go getters?

So, what's up? After all, we've been bringing home the bacon for quite some time now (and many of us leave the "frying it up in a pan" to our partners.) But the reality of this study is that our gains are still modest. Even though women make significant contributions to our economy, many have yet to catch up to our male counterparts. We have work to do.

It's time to get more vocal. The outdated notion that men as breadwinners are better, more motivated workers while women as caregivers work less and are more distractible on the job has got to go. This is humorous when you think about the fact that today's moms lead powerful countries, serve on the Supreme Court, run world banks, and preside over some of the most influential companies around the globe. It's less funny when you realize this traditional thinking, going unopposed in the business world, means mothers get called back half as often as fathers in the interview process, are offered less for the same positions, and are penalized to the tune of 4% less salary—for each child—than their childless counterparts.

I would wager that some employers don't think they have this bias. And others will point to prominent women in their organizations as evidence this isn't true. But now we have facts. Not only do we have the incentive to become better salary negotiators, we also have substantiated reason to push for policies that promote a woman's right to coordinate work and family. Because when moms are given the chance to put their advanced creative, problem solving, time management, and diplomacy skills to work, there's a tremendous benefit to our economy.

Want to learn more? Here are a few links to great resources: