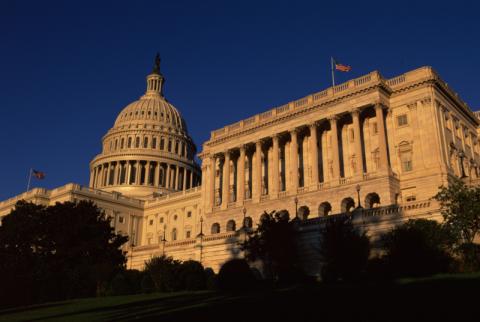 The Human Needs Report: Victory for LGBTQ Americans, Attacks on Immigrants, the Poor, and Workers, and more

The Coalition on Human Needs just released another edition of the Human Needs Report. Read on for the latest on Congress's spending work, disaster aid on the horizon, a victory for LGBTQ Americans, attacks on immigrants, the poor, and workers, and more. Click here for a PDF version.

Spending Work Continues in the House without Agreement on FY20 Spending Caps
The House Appropriations Committee approved top-line spending limits for the subcommittees responsible for its 12 FY20 spending bills, known as 302(b) allocations. These levels are not binding in the Senate, however, and a new bipartisan deal to raise tight spending caps still needs to be reached with the Senate and signed by the President, if Congress is to avoid deep cuts in the year ahead. READ MORE »

Senate Edges Closer Still to Disaster Aid
This could finally be the week that the Senate approves long-awaited disaster aid for the 16 states and U.S. territories that have faced a devastating array of natural disasters, ranging from hurricanes and wildfires, tornadoes, hail damage and drought. READ MORE »

Proposed HUD Rule Could Harm More than 100,000
The proposed Housing and Urban Development regulation would prohibit "mixed immigrant status families" from living in public and other subsidized housing. Of the more than 100,000 people who could be affected, about 70 percent are citizens or legal residents and three-quarters of those – 55,000 – are children. READ MORE »

Advocates Decry Trump Immigration Plan
Advocates were quick to decry an immigration plan released by President Trump on May 16 as one that would rig the nation's immigration policies in favor of the wealthy at the expense of reuniting families. READ MORE »

Labor Department Issues Proposals that Could Harm Workers
The Department of Labor this spring issued several proposed rules that advocates believe will have a negative impact on workers, including rules impacting overtime pay and workers in contracted jobs. READ MORE »