The Fallout of Separating Immigrant Mothers From Their Children 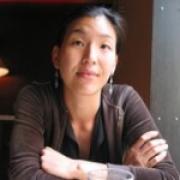 Ai-jen Poo
Share This
Add your voice to the comments
Esther has lived through a parent’s worst nightmare, and meeting her several months ago at a shelter for women’s migrants in Tijuana was both devastating and inspiring.  She was one of seven women who offered to share their stories with a visiting delegation of women leaders who had traveled across the border to hear about the impact of U.S. immigration laws on women, children and families.Like almost all of the women who currently live at that shelter or have passed through it, Esther had been separated from her daughter as a result of U.S. immigration policies. Five years ago, while she was on her way to pick up her fourteen-year-old daughter from school in Los Angeles, Esther was pulled over at a roadside ICE checkpoint. She was detained, transported, detained again, and eventually deported. She now lives in Tijuana, a city where she has no roots, far from her only child.

The story is all too common. 5.5 million children in the United States have at least one parent who is undocumented, and live in fear of their families being torn apart by deportation. Close to a half million people are now deported every year. Many of them are parents. And many of their children are U.S. citizens, like Esther’s daughter, who know no other home. In the wake of her deportation, Esther’s daughter Eliza was shuffled between the homes of relatives, and amid the chaos of their many re-locations, mother and daughter lost contact with each other. Eliza was angry and confused. She felt abandoned. For years, she felt she was living in a nightmare. And she couldn’t imagine why the U.S. government would take a mother from her child.

It’s because of Eliza and Esther—and the millions of families like them—that the National Domestic Workers Alliance, the National Asian Pacific American Women’s Forum, and our partners around the country, are collecting the stories of families that have been separated by U.S. immigration laws. We’re lifting up the experiences of young people like Eliza. And we’re pushing for reforms to U.S. immigration laws that will create a roadmap to citizenship for the 11 million undocumented immigrants in this country -- keeping all of our families together.

Eliza’s and Esther’s story is as inspiring as it is devastating, because now, five years after their initial separation, they are in close contact and say that the bond between them is stronger than ever. The border separates them, but their love is more powerful. Eliza is committed to sharing her story, in the hope that no other child will suffer the pain that she has endured.

On December 12th, Eliza will be part of a youth delegation that will travel to Washington, DC to deliver close to 10,000 handwritten letters and drawings from young people around the country, all calling on members of Congress to do the right thing: to take action so that all of our families and communities can stay together. The delegation, ranging in age from 4-year-old to teenagers, will carry a children’s declaration to ensure that the needs of children and families are taken into account in any discussion around reforms to our immigration laws. Their request is simple: Allow us to grow up without fear. Allow us to thrive. Guarantee our parents the right to care for us. Keep our families together.