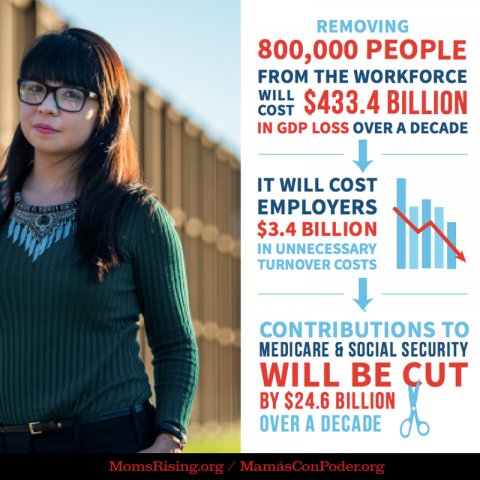 Removing 800,000 people from the workforce is not only cruel, it will also significantly hurt our economy, including costing $433.4 billion in GDP loss over a decade.

The Facts About DACA and The DREAM Act 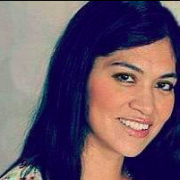 Approximately 850 DACA recipients are losing their legal status every week. Congress must take immediate action and pass protections for DREAMers like MomsRising member Priscilla, who raised her younger siblings, studied hard, and now is a dedicated teacher in Texas.

Destroying Priscilla’s dreams by denying her any path to legal status and the ability to work would not only crush her and her siblings who rely on her, but would also adversely impact her students and her entire school community.

Nearly 800,000 DREAMers received critical protections and work authorization under the 2012 Deferred Action for Childhood Arrivals (DACA) program. Everyone in the program has passed an extensive background check, paid a fee, and is now a student, service member or part of the workforce. DACA was operational for five years and despite being very popular with the public, it was revoked by the Trump administration on September 5. Check out facts on DACA and Dream Act here.

We urge Congress to do the right thing by DREAMers and pass urgently needed protections THIS MONTH for these young people who have contributed enormously to our communities and economy.