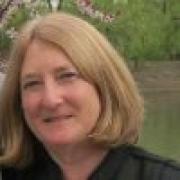 Blue Carreker
Share This
Add your voice to the comments

In the spring of 2006, I received two phone calls while away from home at a conference. The first call informed me that my mother of 92 years would require a second amputation. The second call informed me that my younger son, a senior in high school, had been diagnosed with non-hodgkin’s lymphoma…cancer.  My mother died in August, almost at the same time my son completed his last chemotherapy treatment. Today, he is cancer free.

Two years later, at the same conference, I learned that my dad had been diagnosed with leukemia. He died in June. As I was helping plan his memorial service, my partner of 29 years had a heart attack. He underwent triple by-pass surgery and, two months later, a stent operation.

I know exactly what Carol Aboya means by her term “The Club Sandwich Generation.” I am not sure how we made it through that period in our lives. We had good friends. We had adult siblings who helped. We had excellent health insurance and medical care. And I had an employer who allowed me to flex my time, telecommute, and to use sick and vacation time. What we did not have was paid family leave.

When my son was in the hospital for chemotherapy, a week at a time, my workplace was close enough to visit him on lunch breaks. His dad and I both went immediately after work. While we stressed about leaving him alone, our son took on the challenging task of advocating for himself in the hospital. In between, he had many sick days and eventually studied at home, often alone. When I traveled to take care of my Dad, I continued to telecommute part time, supervising staff by phone and email. Later, my partner spent many difficult and painful hours alone recovering from surgery. I wanted to be there, but I no longer had any paid time available.

According to Pew Research, nearly half (47%) of U.S. adults in their 40s and 50s have a parent age 65 or older and are either raising a young child or financially supporting a grown child (age 18 or older). And this is just a small portion of those who could benefit from paid family leave. A Better Balance estimates that between 50,000 and 77,000 New Yorkers and their families rely on their workplace earnings when a new child is born or a close relative needs their care.

The U.S. is virtually alone in the world in failing to provide any paid time for workers with a new baby or a sick or dying relative that needs their care.

It is time we woke up as a society to the fact that today’s workers are also caregivers who should not be forced to choose between economic security and the people we love. Paid family leave, especially when provided through the expansion of the Temporary Disability Insurance Program, helps both employers and employees. It leads to better medical outcomes for children and adults, stronger families, and higher retention and productivity in the workplace. I hope you will join me and my family in supporting the New York Paid Family Leave Campaign.