The Child Care Crisis is an Issue for Young Voters, Too 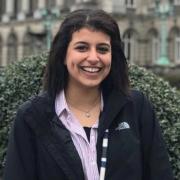 Nada Ahmed
Share This
Add your voice to the comments

The 2018 elections succeeded in yielding the highest young voter turnout for a midterm election in the past 25 years. The upward trend continues as a new Harvard study shows that 43% of young people are likely to vote in the primaries for the 2020 presidential race, compared to just 36% in 2016. With record numbers of young people becoming politically engaged since the 2016 election, we’ve been outspoken on topics like gun control, climate change, and student debt. However, young people’s voices are lacking on a critical issue: child care. Young millennial parents are currently grappling with America’s child care crisis, and Gen Z is close behind. It’s crucial that all young people, whether they are parents or not,  prioritize accessibility and affordability of child care in our 2020 political agenda.

For some young people, issues surrounding child care can seem distant and irrelevant. But the issue is quickly approaching Gen Z, in the same ways it’s already affecting millennials. In 2018, millennial women made up the majority of annual U.S. births for the first time. In the same year, the birth rate also fell to a 32-year-low, and child care expenses are cited as a top reason why people decided against or postponed having children. Child Care Aware of America found that the average price of center-based infant care is more than a quarter of the average median income for millenials across the country, making child care unaffordable in all fifty states.

Though it comes as no surprise that children introduce a whole new slew of financial responsibilities and expenses, child care is consistently found to be among the most shocking and disruptive. In one survey of new parents, three-quarters said child care expenses were more than they were anticipating. Ninety-five percent of parents were “overwhelmed” by the cost, and more than 30% of parents reported going into debt trying to pay for child care. Many  new parents feel caught in a Catch-22, they need child care to hold down a job that gives their family financial stability, but struggle to afford the child care that enables them to work. Not only does this tradeoff result in a shaky start for our careers and aspirations, that can be difficult to recover from, but also creates unstable financial situations that harm families.

Young people often struggle with additional costs such as student loan debt and college tuition. To put child care costs in perspective, the price of child care for an infant supasses in-state college tuition in 29 states. On top of that, the average student loan payment ranges from $200-$299 per month. The high cost of student debt is important to address, but is still less than one third of the $1000 average monthly price of infant child care, not to mention the estimated $2,260 per month cost of high-quality child care when teachers earn a good wage. As the political conversation frames student loan debt and college tuition as the biggest cost young people face, young parents are being left behind while their child care bill is up to six times more than their student loan payments. The burden of these accumulating expenses is devastating young parents who are trying to support their children, careers, and education.

A recent study by the Pew Research Center found that more millennial households are in poverty than any prior generation. Furthermore, an analysis by the Center for American Progress found that when they pay for child care, low-income people are spending more than a third of their income on child care-- far above the 7% affordability mark set by the U.S. Department of Health and Human Services. Due to a long history of wage discrimination and structural racism, these households are also more likely to include people of color, who are more likely to be in poverty. Younger people also tend to live and work in more urban areas where rent and overall cost of living are rapidly increasing, in addition to rising child care costs.

If these trends continue, the struggle to access affordable child care will only worsen, eventually forcing us to sacrifice either career or family. Making these impossible decisions would only result in leaving our generation and our children worse off. As a young person, having to decide between advancing my career and starting a family presents me with two choices that would both result in devastating losses. It’s an unnecessary situation people my age should not have to face solely due to the burden of child care costs and lack of available assistance.

With 2020 campaigning in full swing, candidates need to tackle the child care crisis head-on, keeping young people’s futures in mind just as they would tuition costs and student loan debt. By introducing plans that invest in child care accessibility, expand subsidies, and address issues of cost and inequity, candidates can further demonstrate their commitment to young people’s needs and concerns. We also need to be more proactive and considerate of our future families by prioritizing child care as a top tier issue, especially with our approach to voting in 2020. Everyone deserves the right to have a family without sacrificing economic security or career opportunities, and it can begin with us.