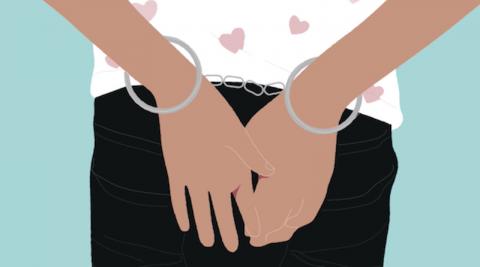 Earlier this year thousands of MomsRising members celebrated a major victory when then Tennessee Governor Bill Haslam granted clemency to Cyntoia Brown, a sex trafficking victim sentenced to life in prison at only 16 years old.[1]  Cyntoia feared for her life. She defended her life.[2] She was sentenced life behind bars at just sixteen years old. Cyntoia Brown is a girl our justice system failed, but because of your efforts and the efforts of others like you across the country she will get a second chance, an opportunity to reclaim her life.

Cyntoia will be released today and will begin a new chapter in her life -- free, within her community, and healing the wounds of her tragic experience with all of us rooting for her. This is Cyntoia’s triumphant story. Still, the reality is Cyntoia’s experience within the juvenile and criminal justice system is one of far too many.

Together we can END youth incarceration!

Kalief Browder spent years in solitary confinement at Rikers Island in New York City for a crime he did not commit and was never convicted of. The ordeal Kalief and his family faced was not because Kalief did something wrong but rather because they could not afford bail.[3]

We lost Kalief when he took his life, unable to pick up the pieces; he tried desperately to pick up the pieces, sharing his story in hopes that it would prevent this from happening to others. Still despite being released, the violent trauma he experienced was too big a burden to bare. Kalief wasn't alone in this struggle, youth housed in adult institutions are 36 times more likely to commit suicide than youth housed in facilities for those under the age of 18. The truth is prisons harm kids. Incarcerated youth often experience dangerous facility conditions such as physical and chemical restraints, high suicide risk, sexual and physical abuse, and solitary confinement.[4]

Take Action to END the practice of incarcerating KIDS!

The United States, on any given day, incarcerates nearly 60,000 youth under age 18 in jails and prisons. [5]  Even worse is that approximately 250,000 youth are tried, sentenced or incarcerated as adults, and around 10,000 juveniles are housed in adult jails and prisons – 7,500 in jails and 2,700 in prisons, respectively. [6] Most kids held in adult jails are awaiting trial, though as many as half of them will not be convicted or will be sent back to the juvenile justice system.  Many will have spent at least one month in the adult jail, and one in five of them will have spent over six months there. [7] These kids are often locked up before they are even tried, incarcerated for minor offenses such as truancy, running away, violating curfew, or being otherwise “ungovernable". [8] Many of these kids could be released today without great risk to public safety. Due to the serious, harmful effects of incarceration on a person’s mental and physical health, their economic and social prospects, their relationships, and on the people around them,  there is growing consensus that youth confinement is ineffective in comparison to community-based programs that provide supports, services and opportunities for youth.

Putting kids in prison is cruel! We must END youth incarceration NOW!

Prison is no place for a kid. Still, the United States incarcerates more young people than any other country. [9] Our kids deserve a future free of criminalization, a future that supports their development and capacity to contribute meaningfully to society. Putting kids in prisons does not do that. Youth prisons and the practice of incarcerating youth are ineffective and continue to cost states exorbitant amounts of taxpayer dollars. Additionally, they do little to improve community safety when compared to community-based efforts that provide alternatives to incarceration by supporting young people, providing the services they need, and access to opportunities to address harm in meaningful ways.

Together we can END the practice of putting kids in prison. Sign on to end youth incarceration and invest in community-based supports, services, and opportunities for youth.

Getting Over Our Self-Care Shame

Circling Up and Leaning into Our Mom Herds