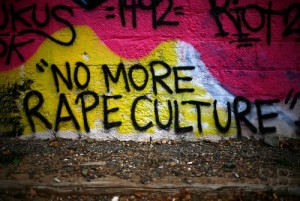 I vividly remember my high school prom. We were dressed like adults and many anticipated the chance to play the part. Do you remember the scene: doey-eyed teenagers and whispers of all the possible places to spend the rest of the night without adult supervision? For young people, the energy of the night is electric and unforgettable. They will make decisions that night that can have life-altering consequences. Their judgement should not be influenced by music that encourages violence and promotes rape.

The musician Chief Keef is a Chicago rapper who has received national attention for his controversial lyrics. Being a local on the way to stardom has made him really popular quickly with Chicago teens. In his latest song, he clearly threatens the life of a young woman for not performing a sexual act on him. These are the kinds of messages we must protect our children from, especially on prom night. Chief Keef's favor with Chicago teens was concerning for local mom La'Keisha Gray-Sewell of Girls Like Me, Inc., which led her to launch a campaign to ban music promoting rape and violence against girls and women from all school-endorsed events, including this upcoming prom. Click to sign the petition.

Violent lyrics have no place in school-endorsed events. Nearly half of students in grades 7-12 report being sexually harassed in school and 60% of African-American girls are sexually abused by the age of 18. [3][4] So, it's for good reason that all music promoting rape - including Chief Keef's - should be banned from DJ playlists. In addition, CPS should create a reasonable plan for school districts to include media-literacy with an attention to the perpetuation of rape culture in the high school curriculum. This will send a clear message that CPS is both against these shameful messages and will educate teens about how to recognize them.

Take a stand with Chicago families by signing and sharing the petition with your family and friends.

Together we are a powerful force for all families.