Talking to Our Kids about the Elections: Five Suggestions based on the Golden Rule 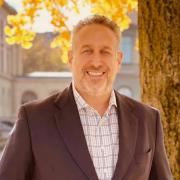 The US election results came as a shock to my teenage daughters: they cried, and once their tears had dried, they had a lot of questions for me. My 17-year-old and 19-year-old said they had decided that it was time for them to get more involved: this came as a real surprise to me in the case of my youngest daughter, who had been totally apolitical, as opposed to her sister, who is co-president of her senior class.  Both girls then urged me to run for president in 2020, grasping for straws to make things better.  After talking with them and reading about the reactions of other kids across America and around the world, I’d like to share a few thoughts with the MomsRising community.

Most of us are taught the golden rule as children: do onto others as you would want others to do unto you.  Built into this notion are concepts of fairness, kindness, and respect - important principles by which to live.  In stark contrast to the teachings of the golden rule, our kids have just witnessed the most divisive presidential campaign in memory. I say this not as a partisan, but as a citizen and as a parent.

Donald Trump’s victory, fuelled by a Machiavellian approach and infused with bigotry, racism, misogyny, sexism, lying and attacking others for personal gain, has surely led our kids to draw some conclusions of their own. Some kids are scared, particularly those who are minorities or whose parents are same-sex couples.  Some kids are angry, and like my daughters, will be spurred to greater political awareness and involvement going forward. What really worries me is that some kids appear to be drawing the lesson that winning at all costs is good, and that the ends do, indeed, justify the means. These kids are concluding that such abhorrent attitudes towards our fellow human beings can be acceptable.  I sincerely hope that this will not be the key lesson for many of our kids.

In America, what author David Callahan has called the “cheating culture” has become pervasive in many aspects of our lives: cheating on taxes, cheating at business and cheating in school, just to name a few. Politics is an arena where hardball prevails, so it is not surprising to see winning become a primary goal at all costs.  This unbridled desire to win has often been taken to an extreme in US politics and has clearly undermined the functioning of our political system. This is an issue that certainly warrants a full discussion in its own right.

Back to our children, then, and what we can tell them as we talk with them about this election.  Make no mistake, we all have a role to play here – parents, teachers, friends and family.  Our children are trying to understand something that simply doesn’t make sense to many of them and they need our help.  And this is all the more complicated because we ourselves are still searching for answers and explanations.  So what should we tell our kids?

First, let’s emphasize to our kids that the golden rule remains essential.  This election reflected a tremendous amount of anger and discontent in America that, unfortunately, seems to have led a lot of people to vote for a candidate who clearly crossed many lines of appropriate behavior.  Donald Trump should not be held up to our kids as an example of what success means, nor should he be considered a model for how a successful person should behave, or any person for that matter.

Second, let’s tell our kids that many of the people who voted for Trump did so despite the things he said and threatened, and not because of them.  Yes, there were strong racial undertones to this campaign, but not all of the people who supported Trump are racists.  The same thing can be said about sexism. There is a lot of pain in America today, and that pain is manifesting itself in different ways, notably through the victory of a candidate who claimed he could “make America great again.”

Third, we can let our kids know that the current peaceful protests show us that there are many people in the US and abroad who will not tolerate affronts to human decency or efforts to discriminate against entire groups of people.  This is particularly important information to convey to all of the kids I mentioned who are now living in fear.

Fourth, we have to make sure our kids know that all of our voices and votes count, and that we owe it to ourselves to stay informed and to be involved.

Finally, all of our children who have taken away the view that lying, profiling, discriminating, and race- and anger-baiting are acceptable behaviors need to hear from their parents, friends, and family that, in the longer run, the only way for real positive change to happen is for people to come together and overcome their differences. There simply is no future in the ugly methods of pitting groups of Americans against one another that has resulted in a victory for Donald Trump.

Though it is being tested now, we have to let our kids know that the golden rule remains in force in America. We owe it to the next generation to remind them of this and to help them understand that the election results do not change our basic values. We need to show our kids how they can be part of the solution.  In my own small way, by writing these thoughts down and talking to my daughters, that’s what I am trying to do for a start. I hope you will join me.

Gregg S. Robins is a native New Yorker and American Abroad based in Geneva, Switzerland. The proud father of three daughters, he is also a businessman, professor and singer-songwriter.