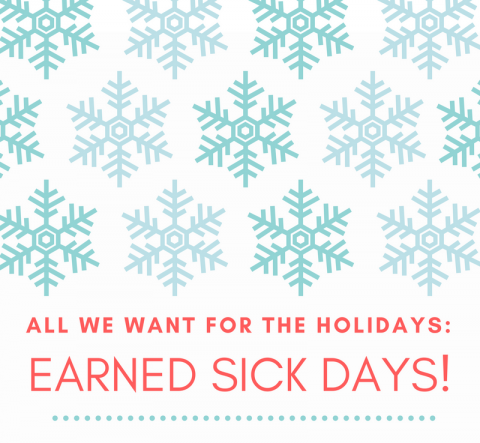 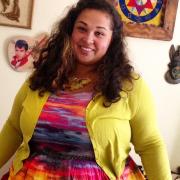 Bea Trumann
Share This
Add your voice to the comments

Portland will always be home for me. I went to Portland High, have lived in more Joe Soley buildings than I can count, and have been caught walking multiple blocks along with both the whistler and Ricky on his guitar.

My Portland pride is matched only by my desire to ensure Portland is a city where the health and economic security of people of color and working families are not left behind as the city develops.

The paid sick days proposal before the Portland City Council will make a world of difference in keeping us all afloat, with a healthy wind in our sails.

---> Join me in calling on our City Councilors to prioritize passing paid sick days in the new year! It’s all I want for the holidays.

When I worked at a tech retailer a few years ago, there was a three-strike rule for calling out sick. Three strikes and you’re out, even though anyone with a cold is contagious for five to seven days. This meant that too often, my co-workers and I went to work no matter how sick we felt. We were just a few of the estimated 20,000 Portlanders without any access to earned sick time.

I live with a disorder that can cause episodes of fainting or vomiting. One day at work, I left the sales floor because I felt an episode happening. My manager yelled at me to get back out on the floor. As I attempted to do so, I passed out, blacking out completely.

An ambulance was called, I spent hours in the ER, and then I was sent home with a medical bill I couldn’t afford, on top of a missed day’s pay and a strike on my record.

TAKE ACTION: Ask the Portland City Council, to join the dozens of other cities that have passed paid sick days! It’s time.

Raising your voice for earned sick days in Portland will make all the difference for the city’s working families and our economic security.

The consequences of not having paid sick days are particularly devastating for low-income workers, immigrants, the transgender community, and people of color, who are far less likely to have the financial cushion for unpaid sick time — or health issues exacerbated by not being able to seek medical attention in a timely manner.

We want Portland to be a city where no parent has to make the impossible choice between staying home with a sick child — and losing a day’s pay or even their job — or sending their little one to school sick so that they can keep food on the table and make ends meet.

Tell the Portland City Council that you support earned sick time because it’s a win-win-win for working families, businesses, and the city economy when hardworking Portlanders have the guarantee of this basic workplace protection!

After all, paid sick days reduce turnover costs, boost workplace morale, and help stop the spread of illness among workers. [1]

Let’s make earned sick time a reality for everyone in Portland!

Together, we’re a powerful force for Portland women and families.

[1] The need for paid sick days - The Economic Policy Institute