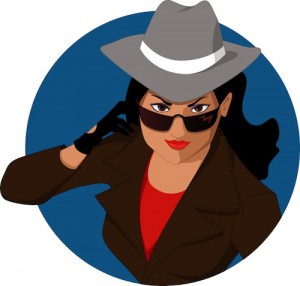 Wouldn't be nice if all of the 72 million working women in America had journalists hunting down information to reveal if they were getting paid less than their male colleagues for the same work?

Last night, the social media sphere exploded with news that GM’s first female CEO, Mary Barra, was possibly being paid significantly less than what her male predecessor was paid. While the story is more complex given the convoluted way executive pay is structured, someone was looking out for Mary Barra and that's awesome.

What about the rest of us?

Sign on to call on Congress to pass pay transparency for all of us!

It’s been over 50 years since the Equal Pay Act was passed, but women still earn, on average, 23% less than white men earn for the same work--with mothers and women of color bearing the largest burden of pay discrimination.

And here’s a kicker: The tools don't exist to fight this discrimination because it's actually LEGAL for some employers to fire or punish employees who inquire about wage discrepancies. How will a woman know she's being paid less if she can't ask?

There is a solution in the works!

*Click here to tell Congress and the President that we expect them to prioritize policies that bar employers from punishing employees who discuss their pay with coworkers by passing the Paycheck Fairness Act and moving forward with Executive Action to address pay disparities:

The Paycheck Fairness Act will help because it will:

The wage gap hurts women, their families, and the economy. We know that women on average earn only 77 cents on the dollar and that when Black and Hispanic women work full-time, year-round, they only make 64 and 54 cents, respectively, for every dollar their white, non-Hispanic male counterparts earn.

Last week the President used his State of the Union address to call for an end of “workplace policies that belong in a Mad Men episode.” We couldn’t agree more.

The wage gap and pay secrecy make us mad women and it's past time for this to end.

Don’t forget to click here to tell Congress and the President that we expect them to prioritize policies that bar employers from punishing employees who discuss their pay with coworkers. Pass the Paycheck Fairness Act through Congress and also move forward with Executive Action to address pay disparities:

**Please pass this message along to your friends and family so they can take action, too. Post the action link on Facebook, share it on Twitter, and forward this email around. Every signature added moves us towards real solutions.