Strengthening Our Culture, Communities and Economy With the Contributions of Immigrant Women: A Blog Carnival on Women and Immigration Reform 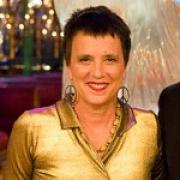 Eve Ensler
Share This
Add your voice to the comments

As women, we know that we are all better off when our communities are strong making it possible for our children to thrive. We understand the importance of women's work -- at home or in the workplace. Women also know the importance of coming together and that we wouldn't be where we are today without the help and support of the women in our lives.

Today, women make up more than half -- 51% -- of all immigrants to this country. Furthermore, immigrant women entrepreneurs are economic powerhouses in their own right, creating nearly one million businesses in 2010. Immigrant women provide for their families; they encourage integration and help the family become U.S. citizens; they contribute to the cultural and moral fabric of our communities; and are significant contributors to our national economy as workers, consumers and business owners.

To further a national dialogue on this issue, we are honored to introduce this special blog edition highlighting the contributions of immigrant women hosted by MomsRising.org and We Belong Together. We hope that you will take the time to leave comments on these blog posts and share them with family and friends.

Together we are a powerful force for all women and families!

Kit Miller, English As a Second Language Teacher
Immigration Is a Women's Issue

Pramila Jayapal, Center for Community Change
Why Immigration Policy Is ‘Sexclusionary' (and How To Fix It)

Elisa Batista, MomsRising.org
Why Immigration Is a Women's Matter

Madeline Shepherd, National Council of Jewish Women
We Call for Immigration Reform as Women, as Jews

Marisa Treviño, Latina Lista
It’s time to take the sexism out of the debate on immigration reform

Fired up? Sign up for MomsRising's action alerts. They're free!