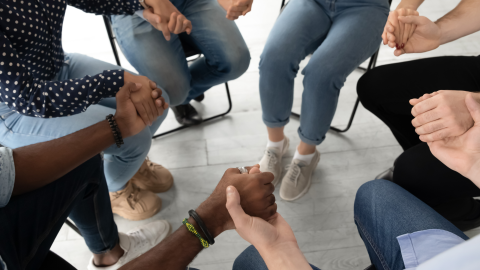 Over the weekend, an 18-year-old white supremacist drove for hours to a neighborhood grocery store in Buffalo, where he shot 13 people, specifically targeting Black people. Ten died. [1] Our hearts ache for the victims and families of the Buffalo shooting and for the city itself. Our hearts break for the Black community, which once again has been targeted in a racially motivated mass shooting.

The Buffalo shooter posted a white supremacist, anti-Semitic manifesto. It clearly shows that he had been radicalized by the repugnant, baseless “Great Replacement” theory, [2] a conspiracy theory that preposterously asserts that "native-born" white Americans are being purposely and intentionally replaced by immigrants and people of color to dilute the power of the white majority.

He joins a tragically long list of mass murderers driven by hate, including the shooters at the Sikh temple in Oak Creek, WI, [3] Mother Emanuel Church in Charleston, [4] the Tree of Life Synagogue in Pittsburgh, [5] the Walmart in El Paso, [6] the Pulse Nightclub in Orlando, [7] sites in Atlanta, Indianapolis, [8] and many other places.

The “Great Replacement” theory is repugnant, divisive, false, and terribly dangerous. It induces violence. Tell your member of Congress to publicly and loudly denounce it now.

The white supremacy that led to the murders in Buffalo -- and to all the other racially motivated shootings -- reaches all the way up to the highest echelons of our society and government. In Congress, some elected leaders are weaponizing racist disinformation about everything from Critical Race Theory to gender-affirming care, from investments in a care infrastructure to ending mass incarceration and criminalization, in order to stoke fears and hold onto their power.

In fact, some extremist members of Congress, including Representatives Scott Perry of Pennsylvania, Matt Gaetz of Florida, Marjorie Taylor Greene of Georgia, and even Elisa Stefanik of New York, the third-ranking House Republican, who echoed the repugnant “Great Replacement” conspiracy theory in her fundraising [9], are helping to mainstream false, reprehensible white supremacy. Other members of Congress have been notably silent when racially motivated acts of horrific violence, such as what happened in Buffalo, occur.

Don’t let your member of Congress support or ignore white supremacy and the “Great Replacement” conspiracy theory without being challenged. Demand that they publicly and loudly denounce it now.

Right now, one quarter of children born in the United States have immigrant parents, [10] and virtually all American families originally came to this country from other lands. The only “native-born” Americans are Native Americans. Immigrants have been a constant source of strength and vitality for our society and economy. They bring cultural riches, as well as skill sets and educational backgrounds that complement, rather than compete with, workers born here. They launch new companies and create jobs at twice the rate of people born here. [11]

Please forward this alert to everyone you know who agrees that we do not want to raise our children in a country in which people are divided, with so much hatred and violence, so that they can sign on too.

P.S. Please also donate what you can to support the Buffalo community using the links and resources provided by our partners at RAPP.