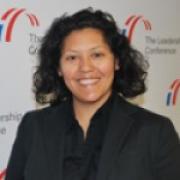 Catherine Montoya
Share This
Add your voice to the comments

There is renewed hope that comprehensive immigration reform will now be possible in Washington, D.C., following the November election that saw Latino and Asian American voters turning out in record numbers.

The failure to pass comprehensive reform at the federal level has been a major disappointment made worse by states such as Arizona, Alabama, Georgia, Utah and South Carolina that have passed severe measures aimed at forcing undocumented immigrants and their families to “self deport” by making life unbearable.

Alabama’s law makes it a crime for illegal immigrants to buy a house, pay a utility bill or sign a contract. It also penalizes those who employ them, allows police to ask drivers at roadside checkpoints or routine traffic stops about their immigration status and requires schools to ask about the legal status of all new students.

These state laws, modeled after Arizona’s infamous S.B. 1070, have empowered law enforcement officers to question the immigration status of anyone suspected of being in the state without valid documentation. Sidestepping the threat to the civil and human rights, the U.S. Supreme Court disappointingly let the so-called “show me your papers please” provision stand in a ruling on Arizona’s law. Federal courts have since used to allow the measures to go into effect.

But despite the legal setback, civil and human rights advocates have been forming new alliances to stop the spread of these laws. Last spring, a broad range of groups marched together to protest Alabama’s H.B. 56, which has surpassed Arizona’s law as the most draconian, during a re-enactment of the famous 1965 Selma to Montgomery March for voting rights.

In Mississippi, after the state legislature introduced H.B. 488 in 2012 – a bill that was eerily reminiscent of Alabama’s notorious anti-immigrant H.B. 56 – undocumented students led by immigrant rights activist Ingrid Cruz re-enacted James Meredith’s historic March Against Fear from Memphis to Jackson. Along the way, students met with local civil rights activists in the small towns along route to educate them on the struggle of immigrants.

By leveraging organizing tactics like these, activists have been successful at stopping the law from being enacted in Mississippi while at the same time building a diverse coalition that can engage on advocacy around immigration as well as other issues such as education reform that are important to diverse range of communities.

As we move forward toward a debate on federal immigration policy, coalitions at the state level that intentionally bring communities of color together will continue to build lasting relationship that create a shared agenda for the future. These new alliances will also develop new tactics to move their communities into action, strengthen multiethnic organizing, and help advance a proactive agenda that supports all communities’ efforts to succeed.