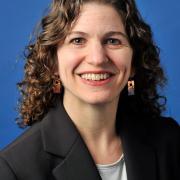 Zoe Neuberger
Share This
Add your voice to the comments
State policymakers can do more to ensure that low-income women and young children participate in the Special Supplemental Nutrition Program for Women, Infants, and Children (WIC). Just over half of those eligible currently participate, despite WIC’s well-documented role in improving birth, diet, health, and developmental outcomes. By streamlining enrollment and improving services, states can make it easier for families to enroll and stay enrolled as their children grow.
WIC’s benefits include reductions in childhood obesity, new findings from the Centers for Disease Control and Prevention and the Agriculture Department confirm.
Obesity for 2- to 4-year-old WIC participants fell from 15.9 percent in 2010 to 13.9 percent in 2016, earlier studies showed. The new study adds state-by-state data, showing obesity declined in 41 of 56 state or territory WIC programs between 2010 and 2016. In 2009 WIC revised the foods it offers to better align with nutritional science and recommendations, which the researchers say may have helped drive the obesity rate decline.
Childhood obesity is linked to health issues (like cardiovascular disease risk factors, type 2 diabetes, and asthma), mental health issues (like anxiety and depression), and social issues (like social stigma and bullying). The decline in obesity for WIC participants represents important progress, especially in contrast to the nationwide rate for preschoolers, which rose over the same period. Moreover, obesity for preschool children participating in WIC is now on a par with the national rate, which includes higher-income children. Obesity rose from 8.4 percent in 2011-12 to 13.9 percent in 2015-16 for all children aged 2 to 5.
Despite WIC’s strengths, fewer eligible families are participating. Only 55 percent of eligible people participate in WIC, down from 64 percent in 2011. Moreover, while nearly 6 in 10 eligible 1-year-olds participate, fewer than 3 in 10 eligible 4-year-olds do.
WIC programs are innovating on multiple fronts to reach more eligible families: modernizing interactions with participants, improving clinic services, and making shopping for WIC foods at grocery stores easier. But WIC agencies can do more. Our recent report on streamlining WIC enrollment features case studies of eight state and local agencies that designed, implemented, and assessed a year-long action plan.
Without any changes to program rules, WIC programs can adopt proven practices like providing automatic calls or texts to remind families about upcoming appointments and accepting documents that are viewable on a smartphone or computer rather than requiring families to bring paper copies to appointments. WIC agencies that adopt these tested practices would simplify enrollment for many participants.
WIC programs could also adopt more innovative practices like letting families schedule appointments online and submit documents electronically before or after appointments. As more state and local agencies adopt these practices, participants will experience WIC as a more modern and efficient program, potentially attracting more eligible families and making it easier for them to stick with WIC as their babies become toddlers and preschoolers.
It’s time for state policymakers to prioritize increasing WIC enrollment.

More on this Topic

WIC Works: Addressing the Nutrition and Health Needs of Low-Income Families for 40 Years

This post was originally published at the blog of CBPP.