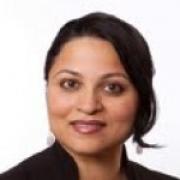 Deepa Iyer
Share This
Add your voice to the comments

Like so many others in the United States, I am a product of the American immigration system. I was twelve when my mother and brother took a long plane ride from Kerala (India) to Kentucky to join my father. We had been separated for a year from him as he navigated the Immigration and Naturalization Service as it was known at the time, and prepared to bring us over. Bleary-eyed and tired when we arrived, I remember going to our new home, an apartment in the suburbs, and having my first taste of pizza.

My immigrant experience was for the most part a privileged and mundane one – especially in comparison to the stories that I have come to hear from many South Asian community members over the past decade in my work with South Asian Americans Leading Together (SAALT). The experiences that many South Asians have with the U.S. immigration system have two faces to them: the mundane variety such as mine, or the frustrating, and often heart-wrenching stories of family members waiting to be reunited with their loved ones; of undocumented students and workers worrying about being spotted by immigration authorities; of H1B workers unable to change jobs or their status; of individuals with certain last names having their naturalization applications languish in security checks.

In 2007, when the prospect of comprehensive immigration reform last seemed possible, SAALT collected a number of community stories in a video series called “Say It Loud: Immigration Stories.” The stories we heard reflected the overarching drive to overcome hardship and struggle as a result of visa backlogs, long waiting periods, and restrictions to job mobility. For example, in this clip, a Bangladeshi immigrant advocate tells her story of family separation. She describes her feelings as a single mother to a daughter from whom she was separated: “We are just crying over the telephone all through, because we want to be together. We want to help each other in family and social life, but I am deprived from all these things.”

And in this one from a South Asian senior in New Jersey, you hear about his difficulties in obtaining a green card although his daughter had sponsored him seven years prior. It took intervention from political leadership to secure his green card.

We heard from Bupendra, an undocumented student in Los Angeles, who writes about having to leave the South Asian community because he did not feel welcome due to his immigration status. We heard from Ramkumar Sridharan writes about his personal obstacles in immigration as a seven-year H1-B visa holder: “My employers filed an application for a green card on my behalf in 2003. My application languished in the system for four years … Ahead of me is a wait of approximately 3 years, perhaps more, given the nature of today’s immigration process.”

These stories are but a tip of the iceberg in the landscape of South Asian immigration stories but they give us a window into the daily hardships that can weigh on the lives of people, when they are waiting for an immigration system to be responsive. These hardships mean that people are separated for years from loved ones and cannot build a safety net or support in America; that they cannot move from job to job; or have to live in the shadows because of fear.

Sensible solutions to make changes in the immigration system – whether it is to eliminate the family and employment visa backlogs or to set up a path for legalization for undocumented immigrants – have been identified over the years by policymakers, advocates, and community members. We must find the political, moral, and public will to make these ideas a reality through comprehensive immigration reform legislation. The time is now.