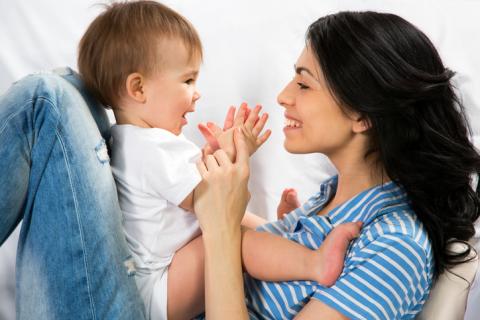 SIGN OUR LETTER: Repeal the tax cuts for the 1% and Wall Street

Tax season is upon us!

If you’re anything like me you’re scrambling to get your tax return paperwork together and have high hopes to submit everything well before the April 15th deadline (but more likely than not will end up at the post office the day before mailing everything in this year again).

And if you’re anything like the people on Twitter venting their anger over the Trump-GOP Tax Plan that passed in 2017 using #TaxScamStories, you know that the so-called Tax Cuts and Jobs Act isn’t working for us or most working families. [1]

We need our government to work for US, not just the wealthy and mega-corporations. Right now, the leaders in Congress are working on new tax policies that could actually help our families and we need our voices to be heard. These are the types of policies our families need in order to get ahead and live a good life.

***SIGN our letter to the U.S. Congress telling them to strengthen tax credits for working families, like the Earned Income Tax Credit (EITC) and Child Tax Credit, and repeal the Trump-GOP Tax Scam!

The EITC and CTC provides work, income, educational, and health benefits to its recipients and their children. In addition, recent ground-breaking research suggests the income from these tax credits leads to benefits at virtually every stage of life.  For instance, research indicates that children in families receiving the tax credits do better in school, are likelier to attend college, and can be expected to earn more as adults.

Right now Congress is considering improvements to these tax credits that would address the gaps in the existing credits and expand them to reach more families with kids and provide more assistance to families already getting the credit, especially at the lowest incomes.

***Sign our letter to leaders in the U.S. Congress now and tell them to support improvements to the EITC and Child Tax Credit, which boost working families and our kids!

The Trump-GOP Tax Scam is still wildly unpopular, especially among women — only 30% of women in the U.S. approve of the law. And a majority of people say the law hasn’t improved their families financial situation, like the Republicans promised when they passed the law on a partisan basis in December 2017. [2] We imagine this point of view will only increase as more and more families file their taxes this year (the first year the law is in full affect) and see that they are owing money to the federal government rather than getting the refunds they were counting on. [3]

Even if you are one of the families seeing a small increase in your tax refund, it’s temporary crumbs compared to the trillions (yes TRILLIONS) of dollars in permanent tax cuts the Trump-GOP Tax Scam has given away to mega-corporations! And what are those mega-corporations doing with their tax cuts? They certainly are not passing it onto their workers by creating higher wages or hiring more employees. Corporations are giving huge windfalls to their CEOs and wealthy shareholders in the form of stock buybacks instead. And who does the stock buybacks benefit? The wealthy of course — who have already seen a windfall in tax breaks from the Trump-GOP tax plan.

The fact is the biggest corporations have too much power over our government and have been yielding that power to get humongous tax breaks while our families walk away with crumbs — or even worse, pay for those tax cuts in slashes to healthcare nutrition, and education funding. We can do better.

*Sign on now to urge U.S. Congress leaders to improve the situation.

President Trump and his GOP cronies promised that the benefits of the tax plan would “trickle down” to working families, but as we have learned time and time again, trickle down economics does not work. In fact, it’s almost as if the opposite of what they are promised is happening. These broken promises matter because even prior to the Trump-GOP tax plan being passed, workers were experiencing a historically low share of corporate income. [4]

We know what moms, dads, and families really need!

Congress needs to reject the Trump-GOP Tax Plan and pass policies that we know work. Tax policies that boost working families, instead of mega-corporations. Lucky for us, leaders in Congress are starting to put together proposals that will help our families and even the playing field in our upside down, only-benefiting-the 1% tax code.

Improvements to the Earned Income Tax Credit (EITC) and Child Tax Credit (CTC) could make MAJOR changes in the lives of working families. These are pro-family, pro-work, anti-poverty programs that have historically received bi-partisan support and that we know already boost families, but they are not reaching all the struggling families they could AND improvements could be made so more families are reached in new and positive ways. [5]

***Sign our letter to leaders in the U.S. Congress now and tell them to support improvements to the EITC and Child Tax Credit, which boost working families and our kids!

Congress will be drafting proposals on working family tax credits soon, so we want to make sure we make our voices heard and get as many people to sign our letter as possible (we’ll be delivering it in the new few weeks!). After you add your name to our letter, please forward this email to your friends and family and post our action link on Facebook.

Thank you for continuing to stand up for our families and speak out against tax cuts for mega-corporations!

P.S. We want to hear from you how the EITC and Child Tax Credit boost your families and if you have seen any changes to your tax refunds this year. Share your experiences with us here.