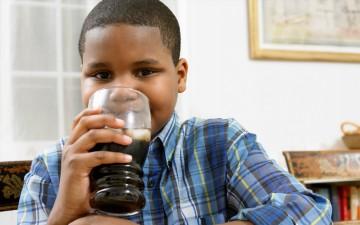 Ever have someone tell you they've got "the sugar" when you asked how they are doing? It's a old Southern term that means he/she is sick, stricken with a form of diabetes, and in most cases, type 2. Type 2 diabetes is a debilitating, life altering, deadly and preventable disease. For decades, it was considered a condition developed in middle-aged adults who had experienced a lifetime of nutrition imbalances. Sadly, there is a new growing demographic of people afflicted with this form of diabetes, our children. Their little bodies are facing the potential harsh health complications that come with type 2 diabetes, including amputations, organ failure and early death. One of the many causes of developing type 2 diabetes is being overweight or obese.

Yesterday the New York Times published results from the New England Journal of Medicine that found that obesity is established as early as kindergarten. According to the Centers for Disease Control, nearly 25 percent of Black girls ages six to eleven are overweight or obese.

Moms and dads know what's at stake and have been on the front lines of fighting the rise of life-threatening, nutrition related diseases like type 2 diabetes and high blood pressure among children. We encourage our kids to eat more whole, nutritious food, to move more, we work with schools to ensure that cafeterias and vending machines offer more nutritious foods and beverages. We advocate for food environments that will give our kids a shot at a healthy future.

But parents are often busy and sometimes overwhelmed. Since the 1970s, the number of families who eat outside the home has doubled. Parents have been asking for big companies to support our efforts, large and small, to make sure our children eat better. Last month, industry leader, McDonalds agreed with us and pledged to take steps to remove soda as the default beverage in kids meals, joining Subway, Chipotle, Arby’s, and Panera who already exclude sugar drinks from kids meals. We other need top restaurants, like Burger King and Wendy's to come around too.

Removing sodas as the default option in kids meals is an important first step in making kids meals more nutritious. Sugar-sweetened beverages are the single largest source of calories in children’s diets and provide nearly half of their added sugars intake. Soda and other sugary drinks promote obesity, diabetes, and heart disease. Drinking just one additional sugary drink every day increases a child’s odds of becoming obese. Indeed, with one in three children overweight or obese in the United States, it doesn't make sense to include sugary beverages in restaurant meals for young children.

That's why MomsRising.org is joining other organizations across the country to petition Wendy's and Burger King to support families as we fight childhood obesity (click here to sign.)

Moms are a powerful consumer voice. Join us.