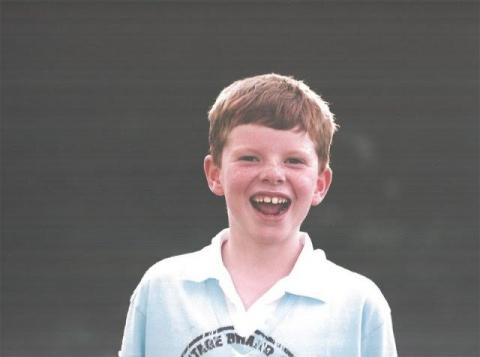 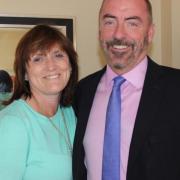 Orlaith Staunton
Share This
Add your voice to the comments

When my son Rory died I met with a grief counselor. One of the first questions he asked me was, “Where do you feel the pain?” “I feel it everywhere,” I answered.  “It’s right here on the tips of my fingers. It’s in my toes, it’s in my head, it’s in my heart. I feel it in my stomach, I stiffen…it’s everywhere.” That was in April 2012, my son had just died from sepsis. Rory scraped his arm while playing basketball on Wednesday and even though we brought him to his pediatrician and a leading New York City medical facility, he was dead on Sunday evening, April 1st, at 6.30pm.

Rory died from sepsis, something we as a family had never heard of before. In the aftermath of his death we searched for answers. Rory had complained on Wednesday that he had scraped his elbow playing basketball; after midnight I heard him throwing up in the bathroom and when I brought him back to bed he complained of a pain in his leg. I rubbed his leg and eased him back to sleep but in the morning he was running a fever and we called his pediatrician who agreed to see him. Although she recorded a 102 fever, 140 pulse, severe leg pain, blotchy skin and 36 breaths a minute, she insisted that he had a stomach bug; she said he would be fine and not to worry but to go with him to the ER for rehydration. At the hospital the ED doctors concurred with the diagnosis and sent him home with a prescription for Zofran, an anti-nausea drug.

The following day, Friday, when Rory’s symptoms didn’t improve we returned to the hospital and he died there on Sunday from septic shock.

Sepsis is the body’s life-threatening reaction to an infection. It strikes over a million Americans every year, according to the CDC, and over 250,000 of them will die. It kills more Americans than AIDS, breast cancer, Ebola and prostate cancer COMBINED. Anyone can get sepsis; it makes no distinction based on race, creed or age.

Sepsis is common and deadly and it kills with astonishing speed: For every hour delay in giving antibiotics after low blood pressure has set in, the survival rate decreases by 7.6 percent. But sepsis is preventable and treatable. In fact, early identification followed by antibiotic and IV fluids is all that is required. Mortality rates for sepsis are catastrophically high because the general public, and particularly parents, are not taught about sepsis or educated about the signs. Parents should know the indicators and the importance of seeking immediate medical attention, just as we know to be on the alert for signs of meningitis. The agonizing truth is that, had my husband and I known about sepsis and how to identify it, our son would still be alive. Sepsis is very easy to detect, but only if you’re looking for it.

After Rory died, we knew as a family that we needed to do something about spreading awareness and education on sepsis. We set up the Rory Staunton Foundation in Rory’s memory. At our urging, New York State introduced Rory’s Regulations in 2013, which require all hospitals to adopt a set of sepsis protocols for faster diagnosis and treatment of sepsis. The Governor estimates these regulations will save over 5,000 New Yorkers every year. Included in these regulations is a Parents Bill of Rights to ensure better communication between hospital staff, parents and patients in Emergency Rooms throughout the state. Our goal is to have these regulations enacted in every state by 2020.

On a national level we organized the first ever U.S. Senate hearing on sepsis in September 2013; we are pressuring the CDC to acknowledge sepsis as the killer that it is and we have garnered national recognition of sepsis by sharing our stories with broadcast and print journalists nationwide. Last week in Washington D.C. we held the Rory Staunton Foundation Second Annual Forum on Sepsis where we established a National Family Council on Sepsis, a coalition of those affected by sepsis that is both a support network and a unified voice for action on sepsis.

Every hour of every day I miss my son desperately. He was, in words of his 6th grade teacher, “the most profound 12 year old I have ever met.” Rory wanted to be a pilot and Sully Sullenberger was his hero. He had a very strong social conscience and was elected to student council at this school where he led a campaign, Spread the Word to End the Word, to curtail the casual, derogatory use of the term “retarded.” In our neighborhood he and his friends formed their own country, Kidadelphia and adapted the United States motto for their slogan: “In God and Fun We Trust.” Rory was president. He worshiped and adored his little sister Kathleen.

As a parent, I urge all of you reading to learn the signs of sepsis, share the information far and wide, be vigilant with your precious children and not to be afraid to challenge the ‘experts’ in advocating for their care. 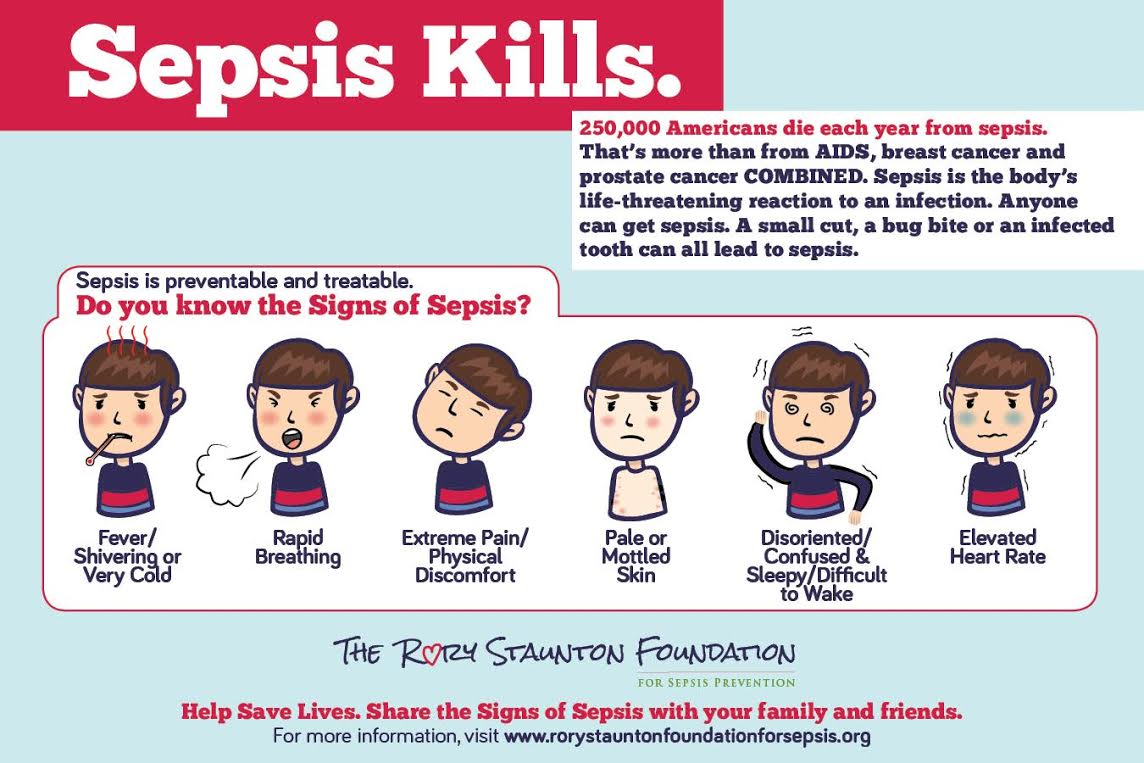