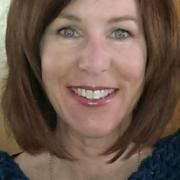 Mary E Gaylord
Share This
Add your voice to the comments

Last week I went out with three girlfriends to enjoy some beer at a local brewpub. One woman I know quite well, the other casually, and the third woman was someone I was meeting for the first time. We all have kids - which is how we are connected - and we all live in the same small town of Superior, Colorado in Boulder County. As we enjoyed our finely crafted Belgian beer and pizza, the conversation ran it’s typical course - schools, kids, neighborhood goings-on, etc.

Then I decided to venture into unknown and potentially dangerous territory. I asked if anyone at the table had conservative or Republican leanings. In a soft  but confident voice, one woman offered that she is conservative; a self-described “Constitutionalist.” A 2nd woman chimed in that she is of the same mind; a supporter of conservative values and constitutionally based policies. The other friend at the table listened attentively - as I acknowledged that I knew her to be left-leaning. I outed myself as an independent.

The conservative leaning friends discussed their concerns about presidential candidates as well as the fact that they keep their conservative leanings quiet, knowing that Boulder County is dominated with not just left-leaners, but some very far left-leaners. We agreed that it’s a sad state of affairs when people cannot feel comfortable expressing their viewpoint without fear of being dismissed, judged, or attacked.

After the initial wave of uncertainty as to the direction this conversation might take we relaxed into the realization that while our perspectives differ, we are also able to lean into the friendly and gracious manners we extend to people who live in our small community - challenging the notion that “one doesn’t talk about politics in polite company.” There seemed to be tacit agreement that our relationships with each other mattered more than our political differences. After all, our kids play together - what do they care when it comes to politics? Try explaining to a 4th grader that they can’t play with their friend because their parents are voting for “fill-in-the-blank.”

I’m reminded of a song made famous by Sting, Russians, where Sting sings:

In Europe and America, there's a growing feeling of hysteria conditioned to respond to all the threats in the rhetorical speeches of the Soviets.

Mr. Krushchev said we will bury you. I don't subscribe to this point of view. It would be such an ignorant thing to do If the Russians love their children too

In the current political climate, it seems we could easily replace the word “Russians” with the words “Democrats” or “Republicans” and “Mr. Khrushchev” with many of our public office hopefuls.

During the Cold War years Americans were mostly unified against the Soviets and the threat of nuclear aggression. In the present day, it seems we are anything but unified and have defined the enemy as each other. Unified doesn’t mean we all must think the same thing or vote for the same person. It means we have differences and can still be unified as a community, supporting each other, and letting our children play together. I love my children and want a better life for them - I want a better example than what we are seeing, and, perhaps than we are demonstrating  - I want my children to understand that differences need not divide us and that we are much more than simple labels. What about you? What do you want for your children, for yourself? And what are you willing to do to get there?

Mary Gaylord is a Program Development Partner with Living Room Conversations an organization committed to bringing together people with differences in a friendly, structured, conversational format. She has worked as a community mediator, victim-offender reconciliation specialist, and facilitator of bully prevention programming for school-aged children. She lives in the Rocky Mountains and is passionate about spending time outdoors with family and friends.