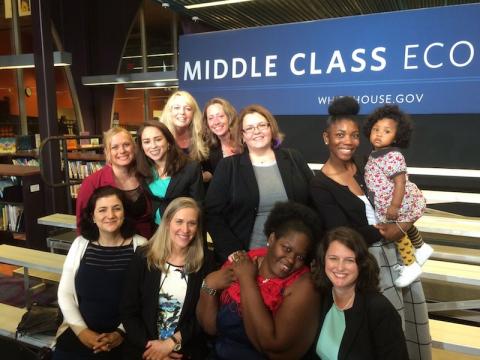 Road Trip to See the President

Last week I had the great good fortune of attending President Obama’s town hall on women and the economy along with 10 other NC MomsRising members.  It was held in a small space, with only 250 people or so in attendance. As one of our members put it, we were close enough that it felt like the President was talking directly to you.

It’s hard to explain how it felt to be so close and hear President Obama talking about the issues moms deal with in our own lives every day. How empowering it was to feel like we have a leader who actually gets the struggles families face. What it meant to have a President speaking from his own experience of watching his grandmother hit the glass ceiling and of what he hopes for his own daughters. It was vindicating and energizing and hopeful all at once. 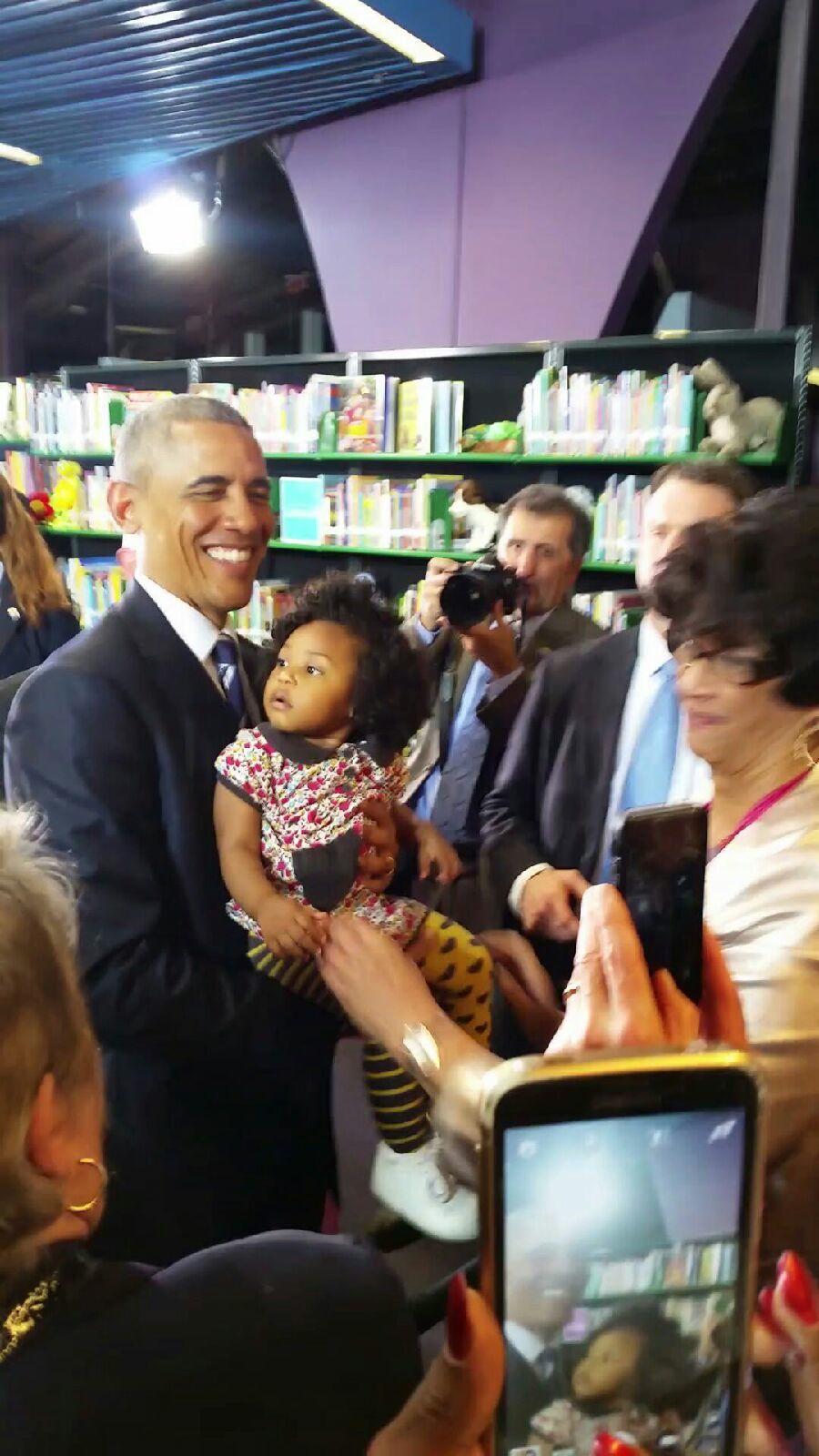 But, strange as it sounds to say it, the three-hour road trip each way was just as powerful in its own way. Early that morning, after we had gotten our kids settled at school and child care, had handled everything we needed to for work that day, and made arrangements for partners or others to help with picking up kids in the afternoon, five of us loaded up my car and headed for Charlotte.

The rain was coming down hard. As the driver, I focused on the road and listened to the conversations going on all around me. I wish all our country’s elected leaders could have joined me in listening in because it was a master class in the issues mothers face and in the sheer strength of women.

Over the three hours on the way there, the conversation drifted through a range of topics that those in the car had experienced firsthand.  Jobs and the challenges of supporting a family on minimum wage, anger at the elimination of NC’s EITC, the difficulty of trying to care for children without paid sick days, family leave, or flexible work schedules. Wage theft. Discrimination. The overwhelming burden of student debt and the fear of not being able to save for our own children’s college. The value of early learning programs, the necessity of affordable child care, the heartbreak of seeing so many NC children lose their child care subsidies and the difficult choices parents in those situations must make. The gratitude for programs like WIC, SNAP, and Medicaid that are there when families need them. The miracle of early intervention services for children. The frustration of cuts to education and disrespect to teachers. The pain of racism. The sadness at seeing immigration reform that would impact loved ones stalled. The heartache at seeing children in our communities lost to gun violence and the discomfort as we try to protect our own kids.

Topic after topic, the moms shared their own stories, lifted each other up, and shared resources. I got to hear about the life experiences that transformed them into advocates for their own kids and for other families in our community. Women who had never met connected and supported one another. 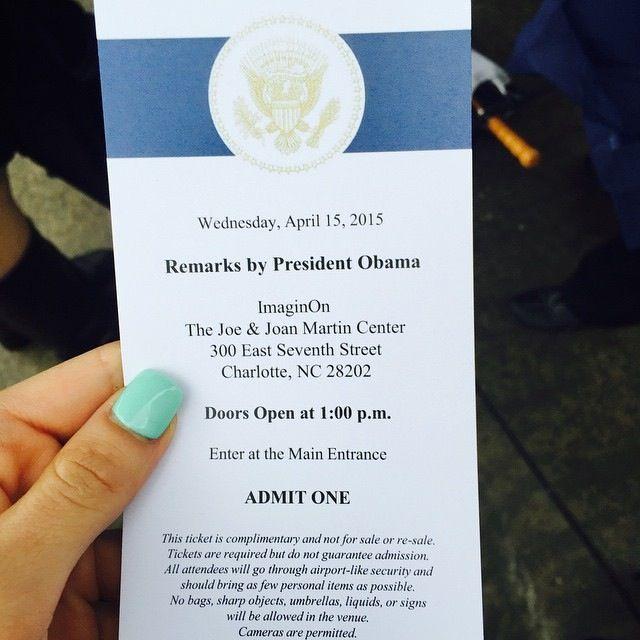 That evening we piled back in the car, star-struck from the town hall, soggy from the rain, and ready for dinner.  But most of all, we were energized.  While the trip there laid out problems, the trip back focused on solutions.  We talked about the ideas President Obama laid out and brainstormed some of our own.  We made plans for how to keep these conversations going amongst others in our community.  And we friended each other on Facebook to stay in touch.

Moms are the busiest people I know, and the women in the car with me that day are no exception.  But there’s a saying that if you want to get something done, ask someone who’s already busy.

The changes families need are going to require a movement of folks who come together day after day to keep having the conversations, brainstorming the solutions, and working to make it happen. That’s what we are building together at MomsRising, and our road trip to see the President was a powerful reminder that moms are going to keep the pendulum swinging towards justice, not just for our own kids, but for all our nation’s families.