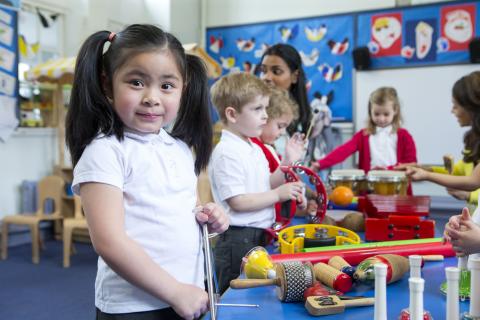 Rise Up for Maryland's littlest learners. Support the halt on Pre K suspensions

Last year, over two thousand of Maryland’s youngest students in prekindergarten through second grade were given out-of-school suspensions or expelled. This is nearly twenty percent higher than the previous school year.

Let that sink in for a second.  Expelling pre-schoolers from school?  This is not ok!

Suspension and expulsion adversely impact a child’s developmental, health and educational outcomes. These practices deny children critical opportunities to learn academic and social skills during a foundational time in their development.  This often leads to student disengagement,  academic failure, and entry into the school-to-prison pipeline. Indeed, children suspended at an early age are at greater risk of being suspended later in their educational lives.

Moreover, research demonstrates that problematic childhood behaviors are better addressed through classroom management, positive behavior supports, and other evidence-based interventions, and that suspension is not effective in changing behavior or in making schools safer.

In 2014, after analysis of state data revealed troubling discipline practices, the Maryland State Board of Education created guidance to overhaul the state’s approach to discipline and updated the school discipline regulations. Despite these efforts, the use of out-of-school suspension increased last year, impacting Maryland’s youngest and most vulnerable students.

That is why this bill is so important.  Key provisions of the bill include;

Reforming the suspension culture in Maryland schools is a necessary first step to ensuring no child’s love of learning is halted before it even starts.  That suspension rates have continued to increase with no intervention is unacceptable!