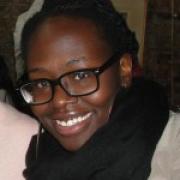 Akitunde Anthonia
Share This
Add your voice to the comments
a mater mea exclusive interview with Rhonda Ross
My husband and I have been together for a long time, almost 20 years. For the first 10 of those, maybe longer, we tried unsuccessfully to conceive. I was in my 20s and everybody said, “Ah, you’re in your 20s, you’re fine! Just try harder!”

Then by 30, they’re like “Well, maybe we should check some things out.” And then by 35, they’re like “Well. Now you’re old.” It was a very difficult time. I think these kinds of things either make or break relationships, and it made ours. Infertility can be really hard, especially on a young marriage. Then in early 2006, we got pregnant through IVF and miscarried twins at eight weeks.After that, we got pregnant naturally and it turned out that pregnancy was ectopic and so we lost that [baby]. Then we conceived naturally again and held that baby for four and half months. But I had fibroids and, as can happen when you have fibroids during pregnancy, I went into labor early. So we lost that pregnancy, too.It was such a deepening experience. My faith got deepened, my communication with God got deeper, my “what do I really want?” got deepened, my “what do I really believe”, “what do I believe about God”, “what do I believe about life coming into my body and through my body”, “what do I believe about my own fears, my own regrets”... All of that stuff seemed to get deepened.I knew, I knew, I knew that I would be a mother. I knew it. There was all of this darkness, but there was this pinpoint of light and I thought, “I still see it.” Nothing is justifying it, but I still see it.

One of the things I made a decision about after the third miscarriage was that whenever I got pregnant again, I was going to put myself on bedrest. I wanted to find a way to have income outside of my performances, and since I had already been interested in real estate investment [I started my brokerage firm]. I healed myself for a year. At the end of that year, we tried again.

And with one try, we were pregnant again and it was Raif. No help from doctors, no anything. It was a very healthy pregnancy. I did go to a high-risk OBGYN, but the truth is it was a very healthy pregnancy and Raif has been very healthy ever since. It was like he was meant to be here. He wanted to be here. The timing was perfect. Despite wanting to have a child since my 20s and ending up having one, one week before my 38th birthday, the timing was perfect. That’s how God works. 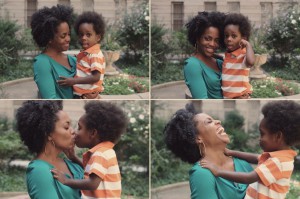