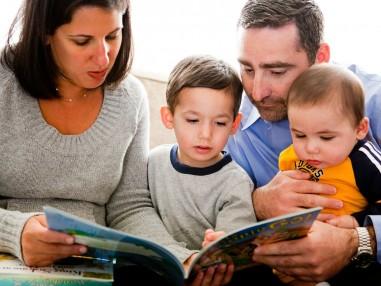 Resources on Anti-Semitism… and how this connects to Charlottesville

Growing up in a Jewish family I don’t distinctly remember having to learn about anti-Semitism—it’s a knowledge that feels like it was always there in some way. But I know that is not true. My parents tell me that they always taught my brother and I about hate in general, and how there is no place for hatred in our hearts or in our actions. We were also taught to stand up for others and, in an age appropriate manner, about the realities of the world, including how some people feel about Jews.

Everyone I know who is Jewish has these stories about anti-Semitism or facing people that didn’t like you just because of your religion. The blatant acts—in my case, when my synagogue was desecrated or when I was in 5th grade and someone who I thought was my friend handed me an eraser with a swastika that said “Go home Jew!” There is also something that I call the gray area—nothing outwardly said, nothing blatant, but an act or statement that leaves me with a pit in my stomach, made me feel different, let me know how someone thought of me. (Now people would likely call that a micro-aggression). Telling me to not “Jew them down.” A boy that told me he could no longer date me because I was a “Jesus killer.” Hearing time and time again, “You are Jewish? Wow you don’t look Jewish!” My life has been colored at times by feeling different because of my religion, but never enough for me to feel shame or denial. But that is in large part because of how my parents raised me and the pride they instilled in me about my religion and my family’s history.

We all could use a little help these days. I’m not an expert on this subject but others are. This past weekend Nazis and white supremacists marched through the streets of Charlottesville, VA, shouted “die Jews” and “Jew will not replace us!” and a young woman was murdered. Earlier this year synagogues and Jewish centers around the country (including many that house childcare centers) received bomb threats. And there has been a noticeable up tick in anti-Semitic rhetoric online, especially through social media (I know this first hand since I’ve unfortunately been a target). This is something I hoped I would never see in my own country. But its something we cannot ignore. It’s something we need to educate ourselves on, and sadly talk to our children about.

I have heard from a number of friends, colleagues, and even strangers on social media the desire to open themselves up to these conversations, engage themselves and also their children but don’t really know where to begin. Hopefully some of the below resources will be helpful. If you have other resources (articles, blogs, books, videos, lectures etc.) that you have found useful on this topic, please feel free to link to it in the comments.

Resources for children on anti-Semitism and anti-Jewish rhetoric/sentiment/actions:

The Anti-Defamation League (ADL) has many resources on how to talk to children about hate, anti-Semitism, and bias (including a list of books). Here are a few of the pieces on their website I found particularly helpful:

-“Talking to Young Children About Bias and Prejudice”

-“Empowering Young People in the Aftermath of Hate”

“How to Talk to Children About Anti-Semitism” by PJ Library

Note: The PJ Library is an amazing organization. By signing up they will send your family a free book every month (yes…FREE!) on topics of Judaism, Jewish culture and Jewish values (including charity, inclusion, and friendship). The books start as young as 6 months old. Find out more here.

Resources for adults on anti-Semitism and anti-Jewish rhetoric/sentiment/actions:

“Why The Charlottesville Marchers Were Obsessed with Jews.” Emma Green (The Atlantic)