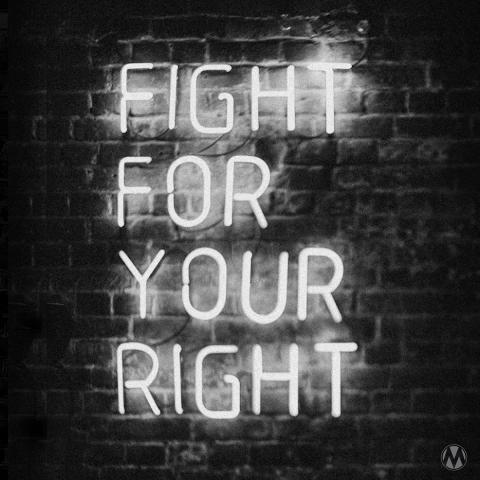 Reproductive Justice: Here's What You Need to Know

What seemed to move quickly towards the middle-end of last year, began as a slow burn.

SB8, the near-total abortion ban in Texas covered newslines everywhere in 2021. The new law in Texas bans abortion as early as six weeks and allows any person to sue a person or organization that provides abortion care or helps someone obtain an abortion. According to Whole Woman’s Health, which operates four abortion clinics in Texas, “more than eighty-five per cent of abortion seekers in the state are at least six weeks into pregnancy.” For people with regular menstruation cycles, this means that they have only two weeks after a missed period to determine if they are pregnant -- that’s before many people even know they are pregnant. Since the introduction of this bill, twenty-six states, including Mississippi, California, Alabama, Arkansas, Indiana, Florida, and North Dakota, have also created copy-cat bills, taking after SB8.

It didn’t end there though…

Only two days prior, the Supreme Court made the unanimous decision to hear an oral argument that would change reproductive care in Mississippi for the worse. The law —  which is currently blocked from going into effect — would ban abortion after 15 weeks of pregnancy.​​ The state of Mississippi is explicitly asking the Supreme Court to overrule Roe v. Wade in order to uphold bans and restrictions on abortion access as it stands today. If the Court approves Mississippi's request to gut Roe, nearly half of the states in the United States would likely take immediate action to ban abortion entirely.

2021 officially marked the most hostile legislative year for reproductive health and rights since Roe v. Wade was decided almost five decades ago. Nearly 600 abortion restrictions were introduced last year alone —  90 of which have been enacted. [3]  Not only are these kinds of healthcare restrictions not fair to people in need of reproductive care, it is medically unnecessary and serves as a direct attack on people living in border communities, communities of color, and people with low income.

On May 19, 2021, Texas bill SB8 passed and went into law on September 1st. Texans have been denied access to legal abortion care after the 6th week of pregnancy for over 100 days now. The Supreme Court turned down a request to block the enforcement of the Texas law as of now. The Court has been presented with three separate opportunities to block the Texas law and has rejected each and every request, sending a clear message to Texans and Americans across the country: Our reproductive rights and our lives simply put, do not matter. On December 1st, the Dobbs v. Jackson Women’s Health Organization trial continued as the Supreme Court heard an oral argument considered one of the highest-profile arguments of this year alone. We will continue to keep track of this case in the new year and demand that SCOTUS uphold Roe v. Wade.

Abortion restrictions are part of the intertwined systems of oppression that deny people their constitutional rights.

We all know and love someone who has had an abortion and they will procure and manage their own abortions whether they are legal or not. We have the data and what is clear is that the people hurt most by abortion restrictions are those who already face barriers to accessing health care - including women and mothers, Black, Brown, Latino, Indigenous and People of Color, those working to make ends meet, members of the TGNCI (transgender, intersex, and gender-nonconforming) and LGBTQI community, immigrants, young people, those living in rural communities, and/or people with disabilities. People without documentation living in the United States are often denied the right to make the most ideal health care decisions for themselves and their families, simply because of their citizenship status. When the health care people seek becomes a financial burden, we have a major problem.

This issue doesn’t belong to any group alone. The fundamental right to make decisions about our bodies, lives, and futures is essential to the pursuit of not only racial and reproductive justice but economic justice as well. States with anti-abortion laws force folks to travel long distances, create additional expenses like hotel accommodations, and child care in addition to the payments needed for procedure. Families are forced to participate in a never-ending cycle of poverty leading to generational trauma and psychological damage.

When we lose access to abortion, we will see an increase in maternal morbitity rates across the board. The CDC says, about 700 women in the U.S. die annually as a result of pregnancy or related complications and at least 50,000 women each year experience potentially life-threatening complications in childbirth that can have serious and life-long consequences for women and their families. Black women are three times more likely to die from a pregnancy-related cause than White women. The act of abortion will not simply go away when bans are inacted. More people will die from unsafe abortions, and because racial disparities and social, health, environmental, and economic determinants already exists, the highest amount of people that will die annually from unsafe abortions will be Black women and women of color. There is no nice way to put it, our literal lives are on the line.

According to research conducted in 2019 by the Guttmacher Institute, a reversal on Roe would impact the lives of millions of women. The Institute found that, “8% of U.S. women of reproductive age (nearly 40 million women) live in states that were considered hostile to abortion rights and six in ten (60%) of this demographic are people who are already parents (keep in mind that this statistic does not include all gender identities). Pregnant people and families face complications during birth like preeclampsia, causing painful and adverse outcomes for the pregnant person like stillbirth, hemorrhages, and even death. In these cases, abortion is suggested and advised by medical experts. Still, because of harsh and strict some state laws are on abortion, a person facing health complications like pre-existing medical conditions or suffering from severe diagnosis of preeclampsia may not qualify under “reasonable medical judgement” to recieve an abortion in their state.

Every single person should be able to make their own decisions about their health and their bodies — including whether to get an abortion, in consultation with their loved ones and health care providers. No one should have their most personal medical decisions controlled by politicians, neighbors, complete strangers, or anyone else. Our elected officials and appointed judges need to understand that abortion is essential health care and respect people’s dignity, autonomy and rights. All families deserve to determine if, when, and how they will build their families. This is about obtaining and maintaining medical freedom and the right to make our own choices.

We owe it to our ancestors and future generations to take action and continue the journey they’ve built.

There is legislation right now before Congress that could grant every person seeking abortion in the U.S. full access in its entirety. The bill is called the Women’s Health Protection Act (WHPA). It is a bill that will actively protect the right to access abortion care throughout the U.S. by safeguarding against harsh bans and medically unnecessary restrictions. We are standing in solidarity with Texans, Mississippians, abortion providers, and advocates who are fighting endlessly to protect our reproductive rights. In a historic vote, The House of Representatives passed WHPA and now it is time for the Senate to act! The Senate must follow in the House of Representatives' footsteps and protect access to abortion and ensure that no one is denied this fundamental right.

In 2021, MomsRising safely hand delivered over 300,000 signatures alongside organizations like SHERo Mississippi, MS in Action, UltraViolet, MoveOn, NARAL, Catholics for Choice, and National Council of Jewish Women to our members of Congress at the Capitol – to both, legislators who support WHPA and the ones that don’t. We’re not letting up anytime soon. We must keep the pressure on our U.S. Senators to make sure they bring this bill to the floor in 2022 and PASS IT. Our friends, family, and people you care about need a bill like this. If there’s anything the global pandemic has taught us is that none of us are living single-issue lives. All of us, especially now, are living complex lives and experiencing unique circumstances. Grace, protection of our human rights, and access to healthcare are the only attributes we have consistently asked for from our lawmakers. It does not matter where you stand on abortion and what your opinion is, what matters is that we unite to protect our human rights and access to health care. Our reproductive rights are unequivocally essential to our lives and well-being.

Sign our petition and urge the U.S. Senate to pass the Women’s Health Protection Act, which will protect our reproductive rights, regardless of what state we live in.