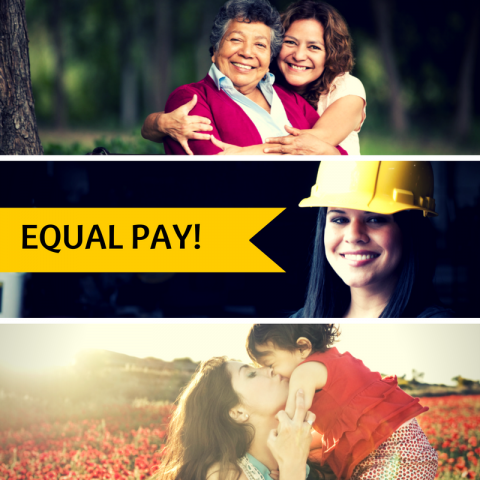 Remember our Power on This Latina Equal Pay Day 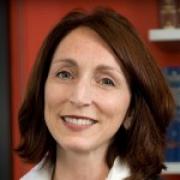 Lucianna Borrego is a grocery deli cashier in California who was thrilled to be expecting a baby boy. Several months into her pregnancy, she told her bosses that she needed to avoid lifting more than 10 pounds - a routine accommodation made to workers who had suffered an injury. But while she had hoped for the best, her bosses ignored the law and forced Lucianna out on unpaid leave.

Stories like Lucianna's are not uncommon and they contribute to the gender wage gap. When pregnant workers are forced on to unpaid leave or are fired rather than accommodated, it costs women much-needed income at a particularly vulnerable time. The “motherhood penalty” is a discriminatory and often overlooked contributor to the gender wage gap impacting all women, but especially mothers of color. Mothers suffer an estimated four percent loss of their earnings with each child, while fathers see a six percent increase per child. And this penalty hurting mothers has not diminished.

Today we mark Latina Equal Pay Day, which represents how far into 2016 Latinas working full time must work to earn the same wages made by white men who worked full time in 2015. Latinas must work 22 months to earn what white men earn in 12 because they make on average just 54 cents to every dollar earned by white men. This pay gap costs a Latina worker $1 million dollars over the course of her career. A new analysis from the Institute for Women’s Policy Research shows that at this current rate, Latina’s won’t reach pay parity for another 232 years! That’s TWO MORE CENTURIES.

That Latina Equal Pay Day falls so late in the year is a painful reminder of the motherhood penalty and other contributors to the Latina pay gap. But it is also an occasion to remind us of our power to close the wage gap and boost not just the economic security of our families but also the national economy.

Lucianna found her power when she called Equal Rights Advocates to fight the discriminatory policy forcing pregnant women from the workplace. Today, she leads a class action against Raley’s that will potentially benefit thousands of other women. And Latinas across the country are flexing their power in other ways. Latinas are the sole or primary breadwinners in three million U.S. households. Latino households have a combined $1.3 trillion in U.S. buying power – and in 86% of those households, a woman is the primary buyer for the home. College graduation rates for Latinas are growing faster than for any other group of women. And 81% of Latinas say they plan to vote in the 2016 election.

We have power. Let’s use it. In this upcoming election, let’s elect policy makers who are committed to closing the gender wage gap and supporting Latinas and all women. Let’s force from office those who are not on board. Join Equal Rights Advocates and MamasConPoder to demand the reforms we need to lead economically secure lives and learn more about how you can help close the gender wage gap.

We can and should do better for women across the country!

Noreen Farrell is the Executive Director of Equal Rights Advocates