Reform. It’s Good For Your Health 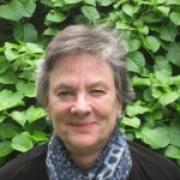 Leni Preston
Share This
Add your voice to the comments

Even as many of us celebrate the 2nd anniversary of the signing of the Patient Protection and Affordable Care Act (ACA), others are trying to turn back the clock.  Have they forgotten that with our former health care system, thousands of Americans were going bankrupt, losing their houses and even their lives?  At the same time, women were being denied insurance or charged higher premiums solely based on their gender.  And children were denied coverage simply because they had the misfortune to be born with a pre-existing condition.

That is not a time that I want to return to and nor do the women and men who work with the Maryland Women’s Coalition for Health Care Reform.  Thanks to the ACA: almost 52,000 young adults in Maryland now have health coverage under their parents’ policies; in 2011, 52,243 seniors received a check to help them pay for their prescription drugs; 112,547 small businesses provided health insurance to their employees; and 1,153,000 Marylanders with private insurance gained preventive care coverage without additional costs to them.

Those are just numbers, but let’s think about Alycia whose daughter was diagnosed with leukemia at age two.  Her family now has the security of knowing that, even as they deal with their daughter’s illness, she can never again be denied insurance.  Lil, who knows the importance of preventive care, will be able to get the mammograms she needs without the co-pays and deductibles that put this out of reach when she lost her job and health benefits. And, think of Eddie, who at 51 needs help with all of his most basic needs.  Thanks to the ACA, Lesa can provide him with the in-home care he needs.

In Maryland, no matter what decision the Supreme Court makes we are sending the message that the time is now for health care reform because we know - Reform. It’s Good For Your Health!