Recognizing and Talking about Grooming Tactics: A Primer 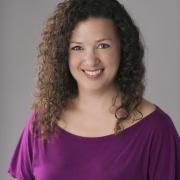 The Popemobile no longer plies America’s streets, and the crowds have long since dispersed from the grounds of the Philadelphia Art Museum after his last mass here, but Pope Francis likely remains top-of-mind for many people. For some of those people, it’s because his visit was a painful reminder of sexual abuse they experienced at the hands of Catholic clergy.

Take, for example, Pennsylvania State Representative Mark Rozzi, who was sexually abused by a priest at his parochial school as a teenager. In an interview leading up to the Pope’s American visit, Rep. Rozzi said, “Child sex abuse is something that needs to be addressed, still today,” calling on the Pope to back his proposed statute of limitation reforms around child sexual abuse.

Trips to McDonalds and beer

And regardless of how you feel about the Catholic Church in general or Pope Francis in particular, his visit presents an excellent opportunity to discuss the issue of child sexual abuse—specifically, the subject of grooming tactics.

In the same interview, Rep. Rozzi strove to make it clear that “This is a process. This isn’t someone who just takes you into his bathroom and rapes you; he actually grooms you. He got me into believing that he would help me through some trial times.” In another interview, he added that his abuser groomed him with “trips to McDonalds and secretly shared beers.”

Rep. Rozzi’s experience reminds us that it’s important for us as parents to know what grooming behaviors look like—and that we have to talk to our kids about how to stay safe from them.

Let’s start with the basics: What is grooming? When I first heard the term, my brain went straight to the gorillas at the zoo, picking nits out of each other’s fur. But in this case, when we talk about “grooming,” we mean the tactics offenders use to build trusting relationships with would-be victims and their families.

An offender might give a child little gifts, take him on special outings (such as Rozzi’s trips to McDonald’s), or letting them do things they know they shouldn’t (like those secretly shared beers). The aim here is twofold: Make the child feel special so that he’ll trust the offender, and isolate him from his family because he now has secrets to keep from them.

Meanwhile, the offender is working on the child’s family, too, offering to help by giving rides to and from activities or babysitting. He’s hoping the child’s family will think, “Mr. X is so kind, and such a big help! And my child clearly loves him. We’re fine with them spending time together!”

If you don’t like thinking about this sort of thing, you’re not alone: This stuff scares the daylights out of me. And it’s important to remember that not every trusted teacher, coach, or member of the clergy is out to abuse your child.

Which is why the other half of this anti-grooming formula is talking to our kids about it. One way to start is with a simple rule that Committee for Children calls the “Always Ask First Rule.” It goes like this:

Always ask the adult in charge before you let anyone give you something, take you somewhere, or do something with you.

The great thing about this rule is that it can often separate would-be offenders from everyday adults. Someone with good intentions won’t mind at all if your child says, “I have to call my mom first and ask her if it’s okay for me to get a ride home with you.” But an offender might get annoyed—you child very well may have foiled his plans.

(On a side note, before I was a mom, I once offered a Popsicle to a friend’s two-year-old son, and was immediately horrified to realize that I had done so without asking her if it was okay or telling him to ask his mommy first. Fortunately, she said yes, so I didn’t have to be the mean lady who waved a frozen treat in his face, only to rescind the offer moments later.)

This rule can be hard for kids to remember, especially when they’re offered neat things like toys, sweets, or trips to their favorite restaurant—which is why it’s so important to remind them of it frequently, and even practice it with them.

Is this system perfect? Will it singlehandedly protect your child from every potential danger he encounters? Nope. It’s just a piece of a much larger puzzle. But it’s a very important piece.

Now if you’ll excuse me, I’m going to remind my daughter of the Always Ask First Rule. And then I just might let her have a Popsicle.