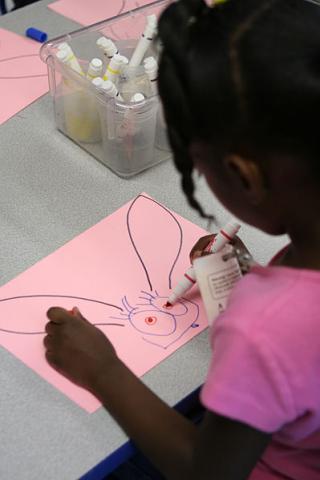 This post, authored by Traci Donnelly, originally appeared on TalkPoverty.org. A minimum wage increase will not help families exit poverty by itself – we need other work supports that ease the economic strain on families. TalkPoverty.org is dedicated to demonstrating that we know how to dramatically reduce poverty; we just need to build the political will. Make sure to like TalkPoverty on Facebook and follow us on Twitter!

A few years ago, a young man named Israel and his wife enrolled their daughter in one of our Early Head Start programs. Israel, the son of Mexican immigrants, worked long hours as a barber. His wife worked too, but the family still lived below the poverty line.  Initially, they were simply glad that their daughter had a welcoming and safe place to go every day, and that they could work more hours without paying for costly childcare. But gradually Israel began to notice something he hadn’t anticipated.

“I realized that even though my daughter was the one in the program, our whole family was benefitting,” he says. “The teachers taught us to be hands-on parents, and to set aside family time to eat together, talk, and share together.”

The program provided more than just child care, it helped the whole family.

For low-income families like Israel’s, poverty complicates every aspect of their daily lives, from holding a job, to finding transportation, to raising healthy children. For these families, Mayor Bill de Blasio’s recent executive order raising the hourly minimum wage from $11.90 to $13.13 for employees without benefits is an important step forward. Contrary to misconceptions about people in poverty, these families work, and they work hard. In fact, there are 265,000 low-income families in New York City with at least one working parent. The new wage will increase the annual income of thousands of workers from $16,640 to $27,310, lifting a family of four above the federal poverty line.

While an increased minimum wage will be an enormous help to struggling families, it isn’t enough. We need to invest in other work supports that ease the economic strain on families and create thriving communities.

The Economic Policy Institute calculates that to achieve a “modest living standard,” a family of four needs $94,676 to live in New York City, including over $2,000 for child care each month. When even middle class parents are “crushed by the cost of child care,” you know that low-income families are feeling the pain even more. In the state of New York, the average cost of an infant child care center consumes 58% of the state median income for a single mother. One study found that child care is the single greatest expense among low-income families in the city.

That is why access to early childhood education, quality childcare, and after-school programs should be implemented hand-in-hand with minimum wage raises—they serve as a multiplier of a family’s earned income because parents don’t have to pay for costly or unsafe child care, and they also allow parents to go to work. The proof is in the data: More than 70% of New York City parents with kids in an after-school program said that the program made it easier for them to keep their jobs; that they missed less work; and that they were able to work more hours. Low-income parents with child care subsidies are also less likely to have child care disruptions that hold back their careers or result in job loss.

These programs are an investment in our future too. The Child Center of NY works with some of the most impoverished communities in New York City, in neighborhoods like South Jamaica, Corona, and Far Rockaway.  Every day we meet hardworking parents who seek our services because they want their children to learn and succeed—to interact positively with their peers, form relationships with adult mentors, and learn outside of the classroom too.  We also work with whole families to help them achieve their goals too.

When Israel came to our Head Start program it was perfectly clear that he knew the value of hard work.  His own parents had worked long hours at multiple jobs when he was growing up.

“They didn’t have much time to spend with us,” he says. “I wanted more for my family than that.”

By the time both of his children had completed our Head Start program, Israel had developed his leadership skills, which in turn helped him find investors in the community so he could open a barbershop. Now, five years later, Israel owns the shop—a neighborhood institution just a few blocks away from the Head Start program. He has eight employees and earns more money working fewer hours than he did prior to starting his own business. He spends the extra time with his children and is currently planning to renovate and expand his shop.

Israel says The Child Center gave him the confidence and the means to strengthen his relationships with his children and to grow his business. In our poorest neighborhoods, there are countless men and women who want to do the same—to work hard and make a better life for their families and communities.

Decent wages and quality affordable childcare will create new opportunities to do both.

Traci Donnelly is the CEO and Executive Director of The Child Center of NY.