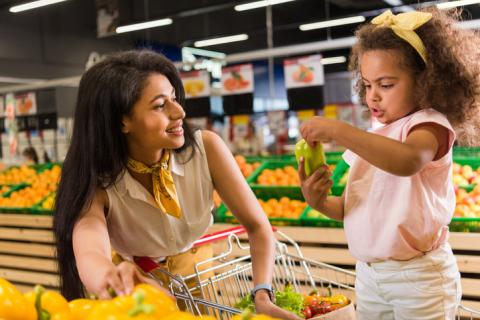 Trump is ridiculously at it again.

It’s only been a few months since President Trump’s last attack on SNAP (or food stamps), but now he’s at it again with his cruel attempts to take food stamps away from struggling families in order to pay for tax cuts for billionaires and big corporations — even though studies show that food stamps boost both families and our economy.

This is the THIRD TIME he has undermined the wishes of Congress and tried to propose a rule that would limit the number of families that could receive SNAP and reduced the amount of benefits recipients could receive.

***We need you to speak out (again) and sign our letter telling the Trump Administration: #HandsOffSNAP!!

The USDA, which is directed by the Trump administration, just published yet another proposed rule that would cut SNAP benefits, this time a total of $4.5 billion over five years. The cut would result from changes in how states take households’ utility costs into account in determining the amount of SNAP benefits for which they qualify. 29 states would be impacted and each see a major cut in benefits.

That might sound really wonky and complicated but the non-wonky result of this move if it were to go into effect is that 8,000 households would lose SNAP all together, and 1 in 5 struggling families on SNAP would see their benefits cut by $75—which is a whole lot of money when you are living paycheck-to-paycheck and the average SNAP recipient receives only about $127 a month or $1.40 a meal.  Out of those households impacted, 68% will be households with children and 29% contain a person with a disability.

This rule is being proposed at the same time that Trump’s tax cuts are eliminating taxes for many big corporations.  This is not a small amount of cuts: For instance, the New York Times reported that after the Trump tax bill was passed, Fed Ex went from paying 1.5 billion dollars in taxes in 2017 to owing absolutely nothing in 2018.

Now President Trump is trying to pay for his tax cuts for the wealthy and mega-corporations by taking food out of the mouths of children and families. This is not ok!

The fact is, struggling families don’t need yet another stumbling block in their way when they are just trying to take care of their kids and make ends meet. This move by President Trump and the USDA he directs exacerbates the struggles many low-income families already have affording food and utilities. It disproportionately impacts children, the elderly, and people with disabilities.

And Trump’s SNAP rule would have a negative impact on the economy too: The cuts to SNAP benefits will reduce the economic simulative effect of SNAP, particularly during recessionary periods. According to recent studies, it is estimated that $1 of SNAP benefits leads to between $1.50 and $1.80 in total economic activity during a recession. USDA’s Economic Research Service has reported that new SNAP spending has relatively large effects on manufacturing and trade and transportation sectors. This is all the more reason that we should be making sure more people are able to access SNAP, not less!

With all of the yuck happening due to the Trump Administration’s actions (or at times inactions), it can feel like things are out of our control and overwhelming. Yet, by signing our petition, you are creating real change. Comments help us slow down these terrible rules because the Administration and USDA have to respond to every single comment. Comments also help advocates build a court case against the rule. By using your voice today, you are able to put a wrench in the Administration's harmful actions and help the families that will be hurt by this rule change.

We need to deliver your signature before December 1st, so make sure to sign our letter now and then forward this email to your friends and family and ask them to sign as well. You can also post our action link to Facebook and Twitter to double down on your impact.

Thank you for continuing to speak out against these attacks on our families!

P.S. Your experiences with SNAP help educate our elected leaders (and other parents!) on why this program is so very important. Can you share with us how SNAP has impacted your life?

Your Stories: How the Child Tax Credit Impacts Families