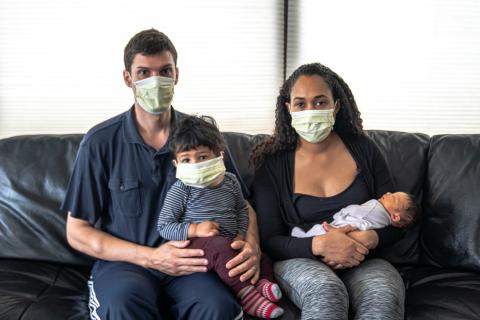 That's why it’s unconscionable to think that at any time—but especially in the midst of a pandemic—the President of the United States would be supporting a lawsuit that will rip health care coverage away from at least 20 million people, but that is exactly what is happening.

Quick signature: Tell President Trump and the Republican state attorneys general to drop their lawsuit to strike down the Affordable Care Act (ACA)!

What’s going on? Just last week, President Donald Trump told reporters that he wants to “terminate” the ACA—a law that has brought the uninsured rate to an historic low. He is currently supporting a coalition of 18 Republican state attorneys general arguing in court that the entirety of the law—including protections for 130 million people with pre-existing conditions—should be struck down by the U.S. Supreme Court. Even Trump’s own Attorney General and Health and Human Services Secretary have unsuccessfully urged him to modify the Administration’s position that the entire law should be struck down.

If Trump and the 18 Republican state attorneys general succeed, it would affect nearly every American in some way:

As the COVID-19 crisis disrupts our daily lives, with so many losing their jobs, ability to pay for housing, food, and child care, we should be reinforcing and strengthening public investments that help people get health insurance like the ACA—not tearing them down. If Trump succeeds in having the ACA struck down while so many are suffering, it would cut taxes for those who are the most well-off. For example, households with incomes over $1 million would receive a tax cut of about $46,000 a piece.

Sign on now! During this time of crisis, our health and insurance institutions should be reinforced and strengthened—not be thrown into chaos.