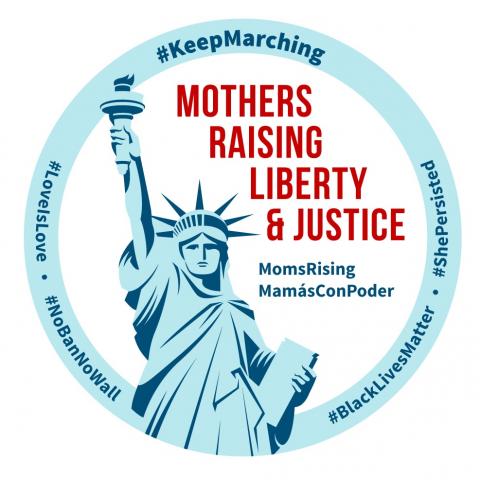 Mother's Day is this weekend! Thank you for all you do! In honor of this holiday, in addition to making time with the special people in our lives, let's also take some time to flex those POWERFUL PARENT MUSCLES! This Mother's Day and every day, parents will fight for our families and our nation.

We've got 5 quick actions that make a BIG IMPACT this week. Please read, act and share!

1. In honor of Mother's Day, tell President Trump and Congress: “It’s time to raise the torch for liberty, justice and freedom; not blow it out. The diversity of our nation — and people caring about each other — is what's made our nation strong, innovative, and prosperous; not the opposite. We've come a long way as a nation together, and we’re not turning our backs on each other, or on the American dream, now."

BACKGROUND: MomsRising will celebrate this Mother's Day delivering a message of liberty and justice, along with thousands of Statue of Liberty figures,* to President Trump, U.S. Attorney General Jeff Sessions, and to every member of the United States Senate—along with a letter signed by tens of thousands of moms, dads, and people who love them. Our message: "It’s time to raise the torch for liberty, justice and freedom; not blow it out. The diversity of our nation — and people caring about each other — is what's made our nation strong, innovative, and prosperous; not the opposite. We've come a long way as a nation together, and we’re not turning our backs on each other, or on the American dream, now." The more voices on our message, the bigger the impact we’ll have with elected leaders, with the media, and with the Oval Office. There is strength in numbers, so sign on now!

2. We RESIST and we PERSIST for Healthcare! Write a letter to your local paper.

BACKGROUND: Last week, 217 members of the U.S House voted to gut the Affordable Care Act via a measure which will take health insurance coverage away from 24 million people, decimate our nation’s cherished Medicaid program, and gut protections for people with pre-existing conditions. This is an act of irresponsible partisanship and our families and our economy can’t afford it. Now it’s time to stop the bill in the U.S. Senate because if this bill makes it through the U.S. Senate, it will be a disaster for American families. The fight isn’t over! Local letters to the editor are EXTREMELY effective ways to get the attention of our U.S. Senators! Help us make some noise that will be heard all the way from your town to Capitol Hill by writing a Letter to the Editor that urges your U.S. Senators to vote NO on Trump Care! 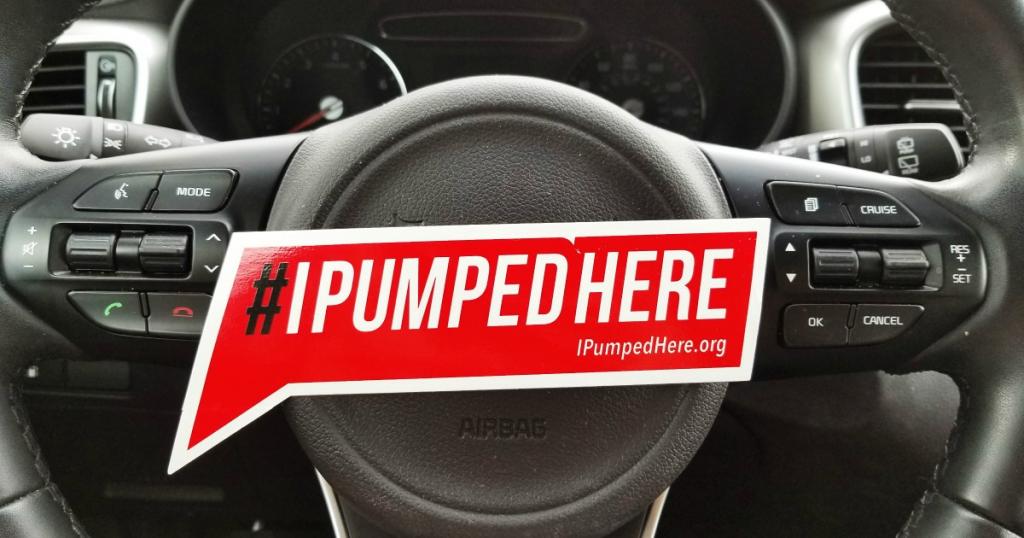 BACKGROUND: We've laughed about it. In conversations about some of our experiences breastfeeding and the ridiculous places we've had to pump breastmilk. We share horror stories about having to pump in cars, in a bathrooms, and in the busy lobby of an office building! Which is why we are so excited to share these awesome, free, and removable #IPumpedHere stickers with you! Simply slap it on the wall or a surface where you’re pumping, snap a pic with your phone, hashtag the picture with #IPumpedHere and post it to Instagram, Facebook or Twitter. 60% of pumping women don't have basic workplace accommodations or adequate break time. But, with these stickers and your help, we're about to change that.

4. Tell Congress: Protect children, families, and our economy in the federal budget!

BACKGROUND: Somewhere in the government there must be a bureau of people sitting around a table brainstorming terms to confuse the public about the federal budget. “Wait, don’t call it a budget cut, let’s call it a block grant!” Right now we need to get busy decoding this nonsense and raising our voices for families because leaders in Congress are using these tricks to push forward massive cuts to programs that matter most to our families’ education, healthcare, and nutrition while giving even more massive tax cuts to billionaires and wealthy corporations. This direction would not only hurt families, it would devastate our economy. In fact, just last week President Trump announced a tax package that would do very little for working families while lining the pockets of his rich friends and business partners. Nope! No way! Not on our watch!

5. Get a Button -> Help Fuel our Mother's Day Weekend Delivery

This Mother's Day weekend, MomsRising is marching on Trump Hotel, delivering thousands of mini-Statues of Liberty to President Trump, Attorney General Jeff Sessions, and every U.S. Senator. We plan to make a splash, and send a strong message: It’s time to raise the torch for liberty, justice and freedom; not blow it out. The diversity of our nation — and people caring about each other — is what's made our nation strong, innovative, and prosperous. We'll send anyone who donates one of our new "Mothers Raising Liberty & Justice" #KeepMarching buttons. Don't want a button but still want to help? Donate here: https://action.momsrising.org/donate/defend/