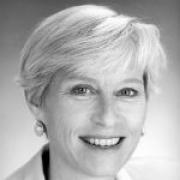 Wendy Lazarus
Share This
Add your voice to the comments

As we move rapidly towards health care open enrollment starting October 1, it’s becoming increasingly important to look at how essential benefits will be offered by health plans through the state exchanges. Advocates in California recently learned first-hand that health plan decisions can be fluid, and that staying involved and engaged can make a difference for kids.

At issue is whether or not pediatric dental services, one of 10 essential health benefits required by the ACA, will be offered as part of a comprehensive health plan or sold separately for an additional cost to families by California’s health exchange, Covered California.

Pediatric dental coverage shouldn’t be treated as a separate additional plan for families. This shift in direction by HBEX surprised and disappointed leaders for children because the expectation had been that families would be able to purchase a single plan that would include dental coverage for children. With only stand-alone options in 2014, California families with children will have to buy at least TWO plans, pay at least TWO premiums, be subject to an additional $1,000 in out-of-pocket costs per child for up to 2 children, and have no direct access to federal subsidies to offset dental plan costs. Moreover, since health plans will be required to offer all ten essential health benefits outside of Covered California, it seemed clear that plans "embedded" with dental coverage had already been developed and could be made available. Advocates cried “no fair” and made the case for allowing embedded pediatric dental plans.

So, with the support of key members of the state legislature, State Insurance Commissioner Dave Jones, and extensive press coverage, including editorial backing from the Sacramento Bee and the Los Angeles Times, The Children's Partnership led the charge among child and health advocates to request that the Board reconsider its decision to disallow embedded plans. Responding to this pressure, a special Board meeting was convened in August, opening the door for the Board to reconsider its direction.

While the Board did not think time allowed for re-opening bids to be ready for 2014, it did unanimously adopt a resolution directing staff to explore allowing embedded plans for 2015. Perhaps most importantly, the Board resolution recognized “the value of preventive oral health for California’s children and embraces a policy that includes pediatric dental services embedded into contracted health plans.” The Board’s commitment to a change in 2015 was cemented by its statement of “…intention to make pediatric dental health available to families as an embedded benefit through the Exchange no later than the 2015 plan year,” and its direction to staff “to work with all deliberate speed to draft a recommendation for embedded pediatric dental benefits, in consultation with stakeholders, for Board approval before the end of this year.”

This improvement will give hundreds of thousands of children and families more choice in how children get dental services through the Affordable Care Act and make dental coverage more affordable for many of them. But our work isn’t done yet. While the wheels have been set in motion, we will need to closely watch progress. By starting now, Covered California has the opportunity to improve access to dental care for children. It was a win for advocates – and more importantly, for California’s children. And it could be a win for children across the country if California’s leadership for kids points the way for other states to ensure choice and more affordable pediatric dental coverage.