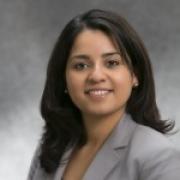 Zoila Sanchez
Share This
Add your voice to the comments

This week, the U.S. House of Representatives is expected to vote on

the “Nutrition Reform and Work Opportunity Act,” making an unprecedented move to separate the nutrition portion of the Farm Bill reauthorization. As part of this effort, an extreme group of House Republicans has gone all out to gut the Supplemental Nutrition Assistance Program (SNAP), the most significant program that keeps Americans from going hungry. In their latest bill, they slash $40 billion from SNAP over the next ten years, risking the health and nutrition of 14.5%—or 17.6 million—of our nation’s families who already struggle to combat hunger.

This program, formerly known as Food Stamps, is critical to helping families put food on the table. One in six Americans uses SNAP, and Latinos make up 17% of participants. Latino families experience food insecurity at a higher rate than non-Hispanic White households (23% versus 11%). SNAP is often a significant buffer from hunger for children, helping to ensure proper growth and development. Nearly one in three Latino children in the U.S. lives in a household receiving SNAP.

It is hard to fathom that SNAP could be taken away from millions of families once you hear their stories. I was recently in California and spoke with numerous parents who told me how important SNAP is for their families. Here is just one example:

Like many families who turned to SNAP when they fell on hard times, Ricardo, age 29, from East Los Angeles, California, applied for SNAP when he was laid off during the recession. At the time, he lived with his parents and his brother’s family, including two children under ten. Ricardo and his brother had provided the financial support for this extended family of six, but both were laid off from their jobs and had no means of supporting their family. As Ricardo said, “With so many mouths to feed, it gets a little difficult.” For them, SNAP was a lifeline, and with careful management, the $250 per month that they received enabled them to provide basic nutrition for the family. This eight-month rough patch would have been unbearable if not for SNAP. Even though Ricardo and the family are now working and back on their feet, providing nutritious foods continues to be a daily struggle.

Until recently, SNAP has enjoyed generous support from all sides of Congress. What’s changed? From what I can see, SNAP is caught in the political crossfires of two bickering parties that can’t seem to find common ground on much these days. Republicans have turned their backs on a program that will serve one in three Americans at some point over their lifetimes—and serve them effectively. Time and time again, SNAP has proven itself as an effective program in preventing hunger and boosting households out of poverty. To me, that means the only battle Congress should be fighting is the battle to end hunger.

This week, the members of Congress who are tired of partisan politics should reject this effort and stand up for the program that has uplifted so many Americans. Like Ricardo, these people deserve to move on from hard times.

Originally published at the blog of National Council of La Raza.