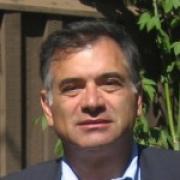 Late last year, while official Washington and its pundits were busy deconstructing the failure of the "Super Committee" and the rest of us were planning our holiday celebrations, the National Center for Health Statistics quietly released its 2011 National Health Interview Survey (NHIS) data. Among other things, the data contained good news about the nation's health insurance coverage rates.

In particular, the statistics around children's coverage were remarkable. According to the NHIS, because of continued growth in Medical and the Children's Health Insurance Program (CHIP), the percent of children under age 18 who were

uninsured in the first half of 2011 was just 7.3 percent, down from 7.8 percent in 2010. This is the lowest uninsured rate for children ever recorded and represents a 47 percent decline since CHIP was enacted in 1997.

Adults have not fared as well, according to the survey. The NHIS data show that the uninsured rate for adults aged 18-64 increased from 18.9 percent in 1997 to 21.3 percent last year. In light of the adult population trends, the success of concerted efforts to reduce the number of uninsured children by growing and improving Medicaid and CHIP programs becomes all the more apparent. It is encouraging to see such clear evidence that public programs can dramatically improve children's lives when they are skillfully and persistently implemented.

Of course, this steady growth in children's health coverage over nearly 15 years did not happen in a vacuum. State and federal leaders and program directors, policy and grassroots advocates, and concerned citizens -- not to mention key pieces of federal legislation -- all contributed to this success. A recent report from the Kaiser Commission on Medicaid and the Uninsured and Georgetown's Center for Children and Families documented that 29 states increased income eligibility levels, lowered beneficiary cost-sharing or improved enrollment procedures in their Medicaid or CHIP programs in 2011, despite severe budget pressures.

And 2011 wasn't unique in this regard -- prior year reports document regular, if sometimes inconsistent, progress by states in growing and improving their children's coverage programs. Policy and grassroots advocates have long supported state efforts to improve coverage while calling attention to the negative consequences of missteps and backsliding. In addition, federal reauthorization of CHIP in 2009 provided states with funding and tools to continue improving children's coverage programs and instituted a bonus system that rewards states for making measurable progress in enrollment.

More recent efforts will help us make further progress. To mark the one-year anniversary of CHIP reauthorization in February 2010, Health and Human Services Secretary Kathleen Sebelius launched the Connecting Kids to Coverage Challenge, a five-year campaign that challenges a broad range of stakeholders to step up efforts to get the nation's five million eligible but uncovered children enrolled in Medicaid and CHIP. The passage of the Affordable Care Act (ACA) just a month after the Secretary's Challenge added to the momentum by offering a 90 percent federal match to help states develop new or improve existing Medicaid eligibility and enrollment systems. The ACA also requires states to maintain their Medicaid and CHIP eligibility levels, standards and enrollment procedures through at least 2014.

Healthy public programs that invest in affordable children's coverage deliver a positive return on investment. States that work to make Medicaid and CHIP function cost-effectively see more federal dollars flowing into their programs and communities, health providers and schools. This investment in turn helps ensure that health problems are prevented or treated early, which not only improves health outcomes for children but also reduces costs in the long term. Modest investments in Medicaid and CHIP programs yield positive returns over a long time horizon.

Furthermore, opinion research consistently shows that covering all children is one of the public's highest priorities. However, the ongoing debate about the effectiveness of public programs suggests that more work needs to be done to educate the public about the successes of Medicaid and CHIP, not to mention the promising gains already being made by the ACA. For example, children from middle income families are now getting the critical care they need because the ACA prevents health plans from denying children coverage based on pre-existing conditions. In addition, it was recently reported that the uninsured rate of young adults aged 19 to 25 dropped by almost 5 percent in 2011 because the ACA provided many in this age group with new access to coverage in a parent's employer-sponsored insurance plan.

We still have a long way to go before we solve the problem of the uninsured in America. Millions of children are currently eligible for Medicaid and CHIP but not enrolled and coverage for millions more is tenuous and transitory. But encouraging reports, like the 2011 NHIS data, provide hope and reassurance that the lofty goal of covering all kids is within our reach.

Cross posted with author permission from the Huffington Post.