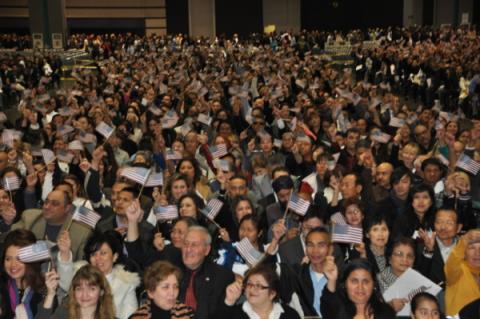 “Public charge” is part of federal immigration law for over a century. The “public charge” test is designed to identify people who may depend on the government as their main source of support. If the government determines that a person is likely to become a “public charge,” it can deny a person admission to the U.S. or lawful permanent residence, or “green card” status.

On October 10, the Department of Homeland Security (DHS) proposed to change this long-standing policy by excluding anyone who is likely to use certain health care, nutrition or housing programs in the future. The proposed test adds specific standards for income, health, age and English proficiency, also expands the forms of public assistance that are counted “public charge” determination.

The proposal has already made immigrant families afraid to seek programs that help them stay strong and productive and raise children to thrive. For example, word on the streets in Californian immigrant communities is that using Medi-Cal make you a “public charge.” This is not true. People should still be able to get green cards or come into the country on a new visa if using Medi-Cal.

Still, this example shows how the proposal hurts immigrant families. If finalized, the proposal would make further steps and fundamentally change who we are as a nation—transforming us from a country that welcomes people who plan to work hard and achieve a better life, to one rigged in favor of the wealthy.

I moved to America as an international student in 2003. I had nothing but two baggages of books and a desire for higher education. In the following 10 years, I received good education, developed a career, built a beautiful family in this country. Now I’m a contributing member to my community. I believe in the America that define its people by how they live their lives and how they contribute to this country, not how they look or how much money they have.

Under the current policy, the only benefits considered in determining who is likely to become a “public charge” are cash assistance and government-funded, long-term institutional care. If the rule is finalized in its proposed form, this would target key programs that help participants meet basic needs, such as Medicaid and SNAP.

The proposal could put the health and wellbeing of millions of people at great risk and violate our core American values. With about one in four children having at least one immigrant parent (Kaiser Family Foundation, 2018), the issue touches millions and is critical now and for our nation’s future.

If you believe what I believe, please join me and fight back! The Center for Law and Social Policy (CLASP), National Immigration Law Center (NILC), and groups all over the country are working together to fight back against the public charge rule change.

The public has until December 10 to submit comments on this regulation. To submit a comment, please visit https://action.momsrising.org/survey/immigration_comments/