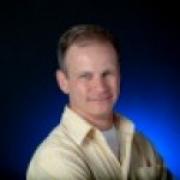 This story is by Luba Bezborodnikova, executive director of Educare of Greater Seattle and Associate Superintendent for Early Learning at Puget Sound ESD.

In the State of the Union address last week, President Barack Obama called for high-quality child care and pre-kindergarten that prepares all children for school and life, one built upon the best research and run by highly-skilled educators.

The president could have been describing a model program in Seattle’s backyard.

Educare of Seattle succeeds by a measure most everyone can understand: school readiness. Students who enrolled in Educare as infants were ready for kindergarten, with no measureable gaps in their achievement compared to middle-income students, a study of Educare centers around the country found. In two critical areas - vocabulary development and social-emotional skills – Educare students scored right around the national average.

The ability to close the opportunity gap is at the heart of why Educare works. By the time children from college-educated families reach kindergarten, for example, they may have heard 30 million more words than children from low-income households. It is a lot more expensive to close that gap once kindergarten starts than during the early years.

Even if you are not a parent or interested in education, you should care about Educare because these special education, law enforcement and social welfare costs add up. Researchers have shown that high-quality early education, on the other hand, saves public money because it leads to more students graduating high school, enrolling in college and landing better jobs with higher wages and salaries. Educare holds one of the keys to upward social mobility for working poor families.

Why does it work? Educare has a comprehensive and research-backed approach to child care and preschool that strives to enroll children for three years, from infancy or toddler-age through pre-k. Ideally, these students stay with the same team of highly-trained educators at least six hours a day, five days a week, all year for two to three years. This is known as high-dosage and it’s a big reason why Educare’s approach works so well.

But, Educare’s value extends far beyond closing the opportunity gap by providing working poor families the same opportunities for child care and preschool that wealthier families enjoy. Educare centers are early learning laboratories where researchers learn how to improve child care and preschools around Washington state and the nation. Essentially, we can learn what high-quality really is at an Educare center. And quality early learning is what prepares all children, whether they come from low-income, middle-class or wealthy homes, for school.

When President Obama began his campaign for a new early learning system in his State of the Union a year ago, he sparked a national debate about investing in early education. In our own Educare of Seattle, President Obama has one of the best arguments for a greater investment.