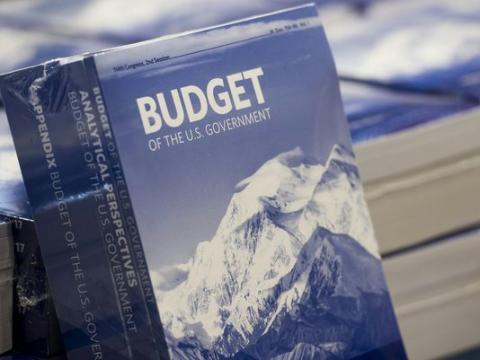 On Tuesday, President Obama introduced his final federal budget proposal, which includes $4.1 trillion in spending for fiscal year 2017. The budget keeps to the restraints of a bi-partisan budget agreement made last year which outlines funding caps and partially overturns the sequester (across-the-board spending cuts). Besides funding cuts to a number of programs, the President pays for his larger initiatives through a number of tax increase, including a tax on imported and domestically produced oil, a tax increase for wealthy individuals, and a $300 billion increase created by closing a tax loophole on corporations not paying their payroll and ACA taxes.

In the President’s budget cover letter he made a point of pulling out a number of key programs for moms and families, proving his commitment to these policies. He wrote, “To address these changes and give Americans more economic security, we need to update several key benefit structures to make sure that workers can balance work and family, save for retirement, and get back on their feet if they lose a job. The Budget supports these priorities by funding high quality child care, encouraging State paid leave policies, extending employer-based retirement plans to part-time workers, putting us on a path to more portable benefit models, and providing a new tax credit for two-earner families.”

Here are some highlights from President Obama’s FY17 Budget:

*Modernize and improve our Unemployment Insurance program, including ensuring that benefits are available to more workers who need them, restoring the standard UI maximum benefit duration to 26 weeks (which Congress has failed to extend for close to two years now), and extend benefits even longer for states seeing increased unemployment. The President’s budget also provides funding to get people back to work faster.

* The President also mentions a number of key policies to support women and families in the work place including equal pay for equal work, overtime pay, and raising the minimum wage.

*Coming on the heals of our huge victory last year where Congress made permanent key provisions of the EITC and Child Tax Credit, boosting millions of families, the President’s budget calls for expanding the EITC to childless workers. This proposal would reduce poverty for 12.3 million low-income workers, including non-custodial fathers, and mothers with adult children.

*The President’s budget triples the maximum Child and Dependent Care Tax Credit (CDCTC) for families with children under 5 and makes the full CDCTC available to families with incomes of up to $120,000, helping 5.1 million families better afford childcare. Families could see up to $3,000 per child in tax credits.

*Second earner tax credit of up to $500 per year to help cover the additional costs faced by families in which both spouses work. This would benefit over 23 million low- and moderate-income families.

*Once again the President makes significant investments in the areas of early education and childcare. The budget invest $82 billion in additional funding over the next ten years to ensure that all low- and moderate-income working families with young children have access to high quality, affordable child care. This investment would expand high quality childcare to more than 1.1 million additional children under the age of four by the year 2026.

*$9.6 billion for Head Start, an increase of $434 million from last year. This money helps ensure that grantees of the Early Head Start-Child Care Partnership maintain the quality of the program and the requirements enacted. This money also includes funding to increase the number of children participating in a full school day and full school year Head Start program, which research shows in more effective than programs of shorter duration and also helps meet the needs of working parents.

*$350 million for the Preschool Development Grant program which lays the groundwork for universal preschool.

*Increases funding for the Title X Family Planning Program for a total funding level of $300 million. These programs offer comprehensive reproductive and preventative health care services to over 4 million women and men, most of whom are low-income.

*$81.690 billion investment in SNAP so it can continue to serve an estimated 44.5 million food insecure individual. This includes $2 million to continue the SNAP Nutrition Education Center for Excellence.

*$12 billion in mandatory funding over 10 years to address childhood hunger in the summer by expanding the Summer Electronic Benefit Transfer (EBT) for Children Program permanently and nationally, through SNAP authorized retailers. This program would be phased in over ten years. It would provide $45 per month to 1 million hungry children starting in the summer of 2017.

*$6.350 billion for WIC to support an anticipated caseload of 8.1 million women, infants, and children. This includes, $80 million for WIC Breastfeeding Peer Counseling and $17 million for the WIC Farmers’ Market Nutrition Program.

*Provides $156 million to the Department of Justice Civil Rights Division to protect civil rights—including enforcing Federal prohibitions against racial, ethnic, and religious discrimination. With this money, the Civil Rights Division would be able to enhance efforts to improve policing practices, protect the rights of service members, and better enforce the Americans with Disabilities Act, among other things.

*The President’s budget reflects his support for comprehensive immigration reform (similar to the 2013 bipartisan proposal passed by the Senate). It is estimated immigration reform would reduce the deficit by about $170 billion over ten years.

*The budget supports the President’s plan to protect our communities by reducing gun violence through background checks, inspections of Federally-licenced firearms dealers, improved tracing and ballistics analysis, and efforts to keep guns out of the hands of dangerous criminals. The budget provides funding to hire 200 new special agents and investigators for the Bureau of Alcohol, Tobacco, Firearms, and Explosives (ATF) and improves the National Instant Background Check System (NICS).

*$163.3 million for shelters, supportive services, and a national hotline for victims of domestic violence. An additional $1 million to establish a new Alaska Native Tribal Resource Center on Domestic Violence, which will build capacity in tribes across the State to develop effective, local responses to domestic violence.

Sadly, even more than in years past, President Obama’s budget proposal seems to be DOA in Congress. Even before the official budget was released, before Congress even received a physical copy of the budget, the Republican leadership in both the House and Senate released statements opposing the President’s budget.

That said, there is still room for compromise and bi-partisan work. Chief among them seems to be some of the tax proposals made, especially the expansion of EITC to childless adults (a pet project of Speaker Ryan’s). Speaker Ryan has also indicated a commitment to passing anti-poverty legislation this year, and since the President makes major investments in this area, there is a possibility that a few of these key programs could be picked up.

In terms of what’s to come, the House plans to move quickly on their version of the budget. Expect to see a proposal from the Republicans on the House Budget Committee by the end of February. They could vote on the House budget as early as the second week in March.

The Senate is taking a different approach this year. It is unclear if they will be proposing their own budget at all. It is common practice after the President proposes his budget to have the Director of OMB and the various department secretaries up to the Hill to testify on the proposals before the Senate Budget Committee’s subcommittee’s. This year they are not holding any hearings, which is rather telling.

Expect that funding and appropriations debates could last well into the Lame Duck Congress in December. What happens then really depends on the results of the election.

What are you hoping to see in the final budget passed by Congress?