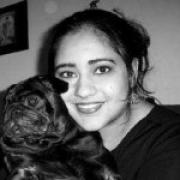 Nita Chaudhary
Share This
Add your voice to the comments

Senator Gillibrand is speaking out about sexual harassment she faces in the United States Congress. Now she's dealing with backlash for exposing this truth. When women stand up and speak truth to power, we need to stand with them. And we must let Members of Congress know that sexual harassment has NO place in our society and certainly no place in the U.S. Capitol.

Tell every Member of Congress: Women deserve to be judged on their accomplishments and record, not on their looks. Sexism has no place in the U.S. Congress.

"Don't lose too much weight now. I like my girls chubby."

That's what one Member of Congress said to Senator Kirsten Gillibrand--while squeezing her waist. In interviews this week she revealed even more sexist comments and attitudes she's endured from her male colleagues. "You wouldn't want to get porky!" one told her. Another said, "You're even pretty when you're fat."
The fact that powerful, respected US Senators deal with invasive personal comments, judgments about their appearance--and even unwanted touching in their workplace--shows just how widespread sexism and sexual harassment are. But the really alarming thing is that the same members of Congress who are in charge of making laws that impact women's lives can't even follow sexual harassment laws themselves.
While Senator Gillibrand and other women legislators have been tackling important issues in Congress--like reducing military sexual assault and supporting survivors--it seems that some of their male colleagues are more interested in objectifying their female colleagues than legislating with them.

That's why it's so important that we speak up now, and tell our U.S. Senators and Representatives that, regardless of politics or party, we expect them to judge women on their accomplishments and their record, and leave the sexism and sexual harassment behind. If enough people sign this petition, they'll hear that loud and clear.

Thanks for taking action.

Take Action!
Sexism has no place in the U.S. Congress!