Poem for Mom: My Pinay Nanay! 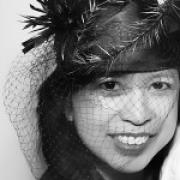 Emily Lawsin
Share This
Add your voice to the comments

In honor of all women, here is my mother’s favorite poem entitled “My Pinay Nanay”, that I wrote in 1998 for her and all Filipina American mothers. It was published (with three of my other pieces) in the anthology InvAsian: Growing Up Asian & Female in the United States, by Asian Women United of California (San Francisco: Study Center Press, 2003). You can watch me perform and explain excerpts of the poem on Jay Sanchez’s Fil-Am Television in Virginia Beach on WHRO by clicking HERE, or on YouTube, by clicking HERE.

I wrote the first draft of the “My Pinay Nanay” poem in the car, on the way to another phenomenal spoken word poetry event that was curated by the incredibleIrene Suico Soriano in downtown Los Angeles. I needed a new, fun poem to read because Irene was helping to christen the Aratani Courtyard: a new, outdoor public performance space (which is still being used to this day for the monthly Tuesday Night Café, produced by Traci Kato-Kiriyama and TNKat Productions). Irene’s mother had cooked all day for the event. It was November, 1998, and I wrote on the bottom of the “My Pinay Nanay” poem:

“Safehouse” alludes to the title of Irene’s chapbook, but also to the fact that the building that now houses the Union Center for the Arts (including East West Players Theatre and Visual Communications) was once a church:  a safehouse for immigrants, refugees, internees, and other outcasts of all races and generations. It was an historic night outdoors, at an historic place: who knew that it would lead to one of my most-requested poems?

The version below is what I read two years ago at my mother’s Rosary/Community Memorial, which had another standing-room-only crowd, in the newly refurbished Filipino Community Center of Seattle.

My mother had many names:

But I just called her:  My “PINAY NANAY.”

Thanks to the THREE Pinoy men she married,

And the thousands of U.S. troops stationed in her island province.

She could whip up a dozen lumpias — vegetable and shanghai,

Roll it, paste it, fry it, see you joke with it like a cigar or boto/penis,

She could cook a feast for seven in as many minutes,

AND for dessert: platters of steamed Puto, Suman, Kutsinta cakes,

And bowls of steaming, sweet coconut-y Ginataan, with ping-pong-ball-sized-bilo-bilo dumplings,

And STILL asked you,

She could, with one hand, twirl a hundred-pound lechon

Over a fiery roast pig spit,

While smoking a Marlboro – BACKWARDS.

So the Pusoy poker players would come back

With much “tong” to help pay for your 18th birthday debut.

She could sew First Communion dresses and Eddie Bauer jackets

Without a McCall’s pattern;

Net, pierce, gut, chop, and can Alaskan King salmon with a blind eye,

Write round-trip tickets to the Philippines,

And cuss-out the neighbor Jones kids

For throwing firecrackers down her white stone chimney,

All with her Tondo accent and ninth grade education.

She stood with a 100-member army (of all of you) in the Mayor’s office,

That he give Seattle its historic Jose Rizal Bridge and Park,

Its Pista sa Ngayon, and save the Filipino Community Center

From the light rail wrecking ball and everything else in between.

So a greedy seat hog would scoot on over.

Than all of our childhood role models put together.

She was the Pinay

An earlier version of this poem was written in Los Angeles, in 1998