Personal Choice vs. Mandates – What will save our families from this deadly obesity crisis? 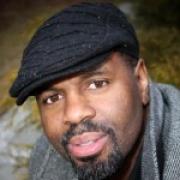 Byron Hurt
Share This
Add your voice to the comments

My new documentary film, Soul Food Junkies made its New York City premiere last week at the highly esteemed cultural and performing arts institution, Lincoln Center. The film debut was a standing room only, completely sold out event. It was memorable and amazing!

The level of interest and excitement in a film that focused on food, culture, health and wellness was extremely high. The movie ended with a thought-provoking panel discussion with activist and poet, Sonia Sanchez; television personality and author, Dr. Marc Lamont Hill; New York City’s Assistant Commissioner of Health, Dr. Aletha Maybank, and myself. Eventually, the discussion landed squarely on the highly controversial ban on super-sized sugar-sweetened beverages sold in New York City.

This debate really struck home for me. I was intrigued by this discussion, which can at times be polarizing, because my film centers on my father’s obesity, his subsequent life threatening illness (pancreatic cancer), and my journey to figure out what caused my father’s untimely death.

From the earliest time that I can remember, my father was overweight. He loved to eat and he particularly loved soul food. Like many people, he also loved fast food and sugary desserts. Growing up, I wanted to be just like my father so I ate what he ate: grits and eggs covered with cheese and topped with bits of salt pork and bacon for breakfast; overcooked collard greens seasoned with ham hocks, fried pork chops, macaroni and cheese, fried chicken, or other delicious but fatty foods right out of the black southern tradition.

As an African-American community, we, like most people in this country, consume far too many processed foods that are filled with saturated fats, salt, and sugar. We don’t eat enough vegetables, nor do we get enough exercise. Many of us pay more attention to the grade of fuel we put into our cars than we do the quality of food we put into our bodies. As a category, African-Americans lead the nation in obesity, heart disease, hypertension, and diabetes. We are killing ourselves slowly with food.

Here is the BIG question: Can we rely solely on promoting better personal choices and allow individuals to decide what they should eat to stem the deadly obesity crisis? Or, is there a role that government can play in regulating what our families eat to help promote better physical, and ultimately, economic health for all families?

As a parent of a now school-aged girl soon to enter Pre-K, my focus to create a healthy community environment has intensified. The food that is killing us is not only found in our homes. And while the United States Department of Agriculture (USDA) has just upgraded the nutritional guidelines for school meals, junk food — foods high in saturated fat, salt, and sugar with little to no nutritional value — can still be found in our children’s schools in vending machines and a la carte lines. Children obtain 35 percent to 50 percent of their calories in school. Fortunately, there are some interesting strategies to addressing this dilemma coming from the movement for healthier school foods.

The Archives for Pediatric and Adolescent Medicine published a report from Bridging the Gap showing that overweight or obese 5th graders who live in states with strong laws that restrict the sale of unhealthy snacks and beverages in schools are less likely to remain so by the 8th grade than their peers in states without these laws. Researchers observed children and teens for three years, and found that students in schools with strong snack food and beverage laws gained less weight as they grew older.

Another study by the Pew Charitable Trust focused on the junk food ban in California. The results of that study concluded that the empty calories school children missed once the ban was implemented were not regained after school or when they got home. Those calories were gone – for good – and parent organizations around the country are working to make bans like this one a reality nationwide!

Ultimately, my film concludes that my father’s death may have been caused by a variety of complex factors. The solution to preventing tragedies like my family’s are also complicated and require a variety of tactics and strategies, which include but is not limited to better personal choices.

One thing is for sure: we have to start somewhere and stricter junk food regulations may be a good place to start.